The broad strengthening of growth that was generally expected to occur in the advanced economies in 2014 has not materialised. Indeed, data in recent months have shown a deterioration of growth performance in the Euro Area, and also in some key emerging market economies.

The failure of the Euro Area to achieve sustained growth or inflation close to target has become an issue of particular concern. It led to additional monetary stimulus by the European Central Bank in early September, including further cuts of 10 basis points in its already low benchmark interest rates and a programme of private sector asset purchases. Meanwhile, the appropriate stance of fiscal policies in the Area has become a subject of debate.

Even in the United States, although the expansion seems to have strengthened somewhat and unemployment has declined more than expected, the recovery has remained below par, and it is still unclear when the Federal Reserve will start raising short-term interest rates after its asset purchases under the QE3 programme ended in October.

Among the emerging market economies, Brazil fell into recession in the first half of the year. Russia’s economic difficulties – including weak growth and rising inflation – have been exacerbated by the international sanctions imposed first in March, and subsequently intensified, in response to its intervention in Ukraine, as well as by the decline in global oil prices. In China, there have been further signs of slowing growth.

Concerns about weak growth and low inflation seem to underlie a recent increase in volatility in financial markets, including widespread declines in bond yields and equity prices.

Our forecast of a gradually strengthening global recovery is subject to a number of downside risks, including a more abrupt slowdown in China and a number of geopolitical risks. In the US, monetary policy face risks on two sides: both of the raising rates too late to prevent over-heating so that inflation would rise above the target, and of raising them too late so the Fed should err on the side of patience. Whenever rates rise, the scope for further financial market turbulence is clear. Meanwhile, the problems of the Euro Area continue to worsen, with excessively low inflation exacerbating the problems of adjustment. The continuing lack of aggregate demand is apparent, and the risk of deflation and the un-anchoring of inflation expectations cannot be dismissed. We strongly support President Draghi’s view that the “risks of ‘doing too little’… outweigh those of ‘doing too much’”, both on unconventional monetary policy and fiscal policy. 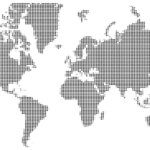