The bookmaker, which despite the sharp fall reported strong business throughout the World Cup in Brazil, also said it was in a good position for growth.

Reporting the losses, Ladbrokes showed a pre-tax profit fall of 49.7% up to June 30, amounting to net revenues of £27.7 million.

Ladbrokes also reported that the focus for the start of the year had been on ‘operational improvements’ and that is was subsequently expecting its financials for the year to date to ‘lag behind’.

Reporting the news, the boss of the firm, Richard Glynn said:

“We have made substantial progress. We now have the products, the platforms, the people and the brand in place to deliver,”

The gambling company went on to admit that its recent partnership with Playtech, to deliver a new gaming system, had been problematic. The switch is now complete.

There was also the closure of 46 of its less-successful outlets, with the firm admitting that there are more closures to come. It went on to say compliance with the new voluntary industry code of conduct drawn up by the Association of British Bookmakers (ABB) had also been having:

“a clear impact on revenues”

Revenues were also affected by so called customer-friendly results it said; something the industry has been reporting on a number of instances this year for both football and horse racing.

A highlight for the year was the World Cup. With more than a 1,100% increase on mobile betting, the firm posted strong results as the home side favourites crashed out at the semi-final stage and England again disappointed.

Despite the poor results, the board said they were in line with forecasts and are confident on the outlook for the firm.

At the time of writing, early trading on Monday had seen shares in Ladbrokes (LON: LAD) rise 2.53%. 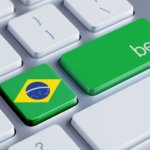