The value of withdrawn global M&A has reached US$271bn year to date – the highest total since 2008, according to analysis from Deloitte, the business advisory firm. “Incomplete blockbuster deals have pushed the proportion of withdrawn deal values to 20% against the long-term average of 15%,” said Iain Macmillan, head of M&A at Deloitte. “However, the percentage of withdrawn deal volumes remains consistent with previous years, with just 3% of announced deals withdrawn this year.

Pfizer’s unsuccessful bid for AstraZeneca accounts for 43% of the withdrawn total value, and is the only deal this year that makes the top ten of largest global withdrawn deals since 2005, said Macmillan.

“The post-crisis M&A world is made up of two competing forces. One the one hand, the market confidence, bolstered by positive economic indicators, is back. At the same time getting deals completed is becoming increasingly complex. The valuations are picking up and sellers want to get the best for their shareholders. Increased scrutiny requires larger deals, particularly cross-border ones, to consider a wider group of stakeholders. Moreover, under UK takeover code, a reduction in the time for negotiations means bidders need to be better prepared.
“By the end of 2014, we expect global M&A deal volumes to surpass those of last year, but not turn into the bumper year many predicted at the start of the year. Current activity is being driven out of the US, with Europe catching up fast,” added Macmillan. 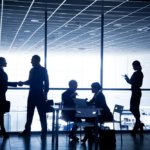