The report reveals that regions of Western Europe were struck by a series of four powerful windstorms over a seven-day span during January. Windstorms Elon, Felix, Gunter, and Hermann impacted Ireland, the United Kingdom, Norway, Denmark, Germany, and Poland, causing tens of thousands of power outages, and severe disruption to travel and transport. Economic and insured losses were expected to reach hundreds of millions of euros.

Adam Podlaha, Head of Impact Forecasting, said: “In combining our existing European wind model platform with the fact that we can create footprints of the recent windstorms events such as Elon and Felix within hours of occurrence means that our clients can benefit from utilising ELEMENTS to produce initial loss estimates for their own portfolios within a very short time. This gives operational loss forecasting a new dimension as the results not only allow the client to get a quicker understanding of the financial implications of the just passed windstorm, but also provide insurers with valuable insights for their claims preparations.”

The catastrophe study highlights that two separate winter weather events impacted northeastern parts of the United States during the month, including one of the strongest Nor’easters in history that brought record snowfall to parts of the Northeast. In Massachusetts, some locations reported up to 36.0 inches (91.4 centimeters) of snow, while major cities in the region were brought to a virtual standstill as transit systems were closed. Total economic damage and losses (including business interruption) were minimally estimated at USD500 million.

Meanwhile, wildfires in southeastern Australia destroyed more than 150 properties at the start of the month, triggering nearly 1,000 insurance claims that amounted to USD26 million.

Southeastern Brazil continued to deal with its worst drought since 1930. Water rationing in the city of Sao Paulo was implemented to preserve the city’s water supplies. 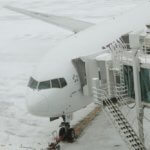