“Asia-Pacific: The biggest market of composites used in wind turbines”

The Asia-Pacific region was the world’s largest Wind Turbine Composites Material Market in 2014. China is the key consumer of wind composite in Asia-Pacific. Growth of installed wind power capacity in China and India is one of the biggest drivers for this market in Asia pacific region. China set a new record for annual installations in 2014, by increasing the new wind generating capacity by more than 45% as compared to 2013. Various product launches, and expansions have in turn made the regions a potential growth market for wind composite.

The report also defines driving and restraining factors for the global Wind Turbine Composites Material Market with the analysis of trends, opportunities, burning issues, winning imperatives, and challenges. Additionally, the market is forecasted on the basis of major regions, such as North America, Europe, Asia-Pacific, and Rest of the World (RoW) by both value and volume. The regional wind turbine composite market is further segmented on the basis of major countries such as China, U.S., Germany, Spain, U.K., India, Canada, France, Brazil, etc. 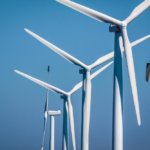