Will pride come before a fall for deal-makers in 2015?

Acquirers in 2014 set new records for performance, with share prices out-performing non-acquiring companies by an average of 5.8 percentage points (pp), compared to 4.5pp in the prior year. 2014 was also a boom year for M&A in terms of volume according to Towers Watson’s Quarterly Deal Performance Monitor (QDPM) in partnership with Cass Business School, with a total of 928 deals*, an increase of 208 on 2013 figures and the most deals completed in a single year since before the financial crisis.

Steve Allan, Towers Watson’s M&A practice lead in EMEA, said: “Deal activity picked up as we moved through 2014 to a level not seen for many years and is showing no sign of slowing down anytime soon. Market confidence is riding high, even for the complicated larger mergers, but with the more apparent inorganic growth opportunities already taken, we may see some failures making headlines in the near future with the latecomers falling off the crest of the merger-wave.”

1. Financial services to rise out of the doldrums

As the age of “banker bashing” fades away, financial services will be one of the sectors to watch with deal volumes slowly picking up. Meanwhile pharmaceuticals will remain one of the main drivers of global deal activity (driven by deal fundamentals rather than financial engineering).

It was obvious at the end of 2014 that mega-deals were back with a vengeance but their prevalence will become even more significant in the year ahead. As markets remain high, with robust corporate cash balances and low interest rates, expect to see larger, more complex, deals completing at a surprising rate.

3. Asia to dominate the performance league

The runaway success of Asian acquirers last year in terms of share price return is undisputed. Armed with the recipe for success, Asia is set to remain triumphant in 2015 and may even further accelerate its lead ahead of Europe and North America.

Beware hubris – the early birds have the worm, we may now start to see the “me-too” and the “just-get-it-done” deals. This could be the year that we begin to see more deal-makers getting their fingers burned and by the end of the year we will have a new benchmark deal to hold up as how not to do it.

Steve Allan said: “2015 is likely to be an exciting year for spectators with a continued flurry of activity. For acquirers it will feel more precarious, with the pressure not to get left behind in the race to growth coupled with the fear of not being the one that gets it wrong. It has been proven time and time again that victory comes from thinking beyond the deal in purely financial terms. Companies that recognise the importance of merging hearts and minds, as well as operations, will be the ones to achieve long-term success in deal-making.” 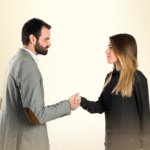