Who Wants to Be a Millionaire? Not the Brits

According to a survey by YouGov on behalf of direct bank first direct, for almost a quarter of people in the UK a sudden windfall of up to £50,000 would be enough to change their lives, with only 12% hankering to be millionaires.

They have no interest in “flashing the cash” by going on exotic holidays or buying expensive sports cars, the researchers found. Instead, they just want enough money to pay off their debts and treat their families.

And almost one in five (19%) confessed that even if they did come into life-changing wealth they would not change their jobs.

The poll of 2,300 adults was conducted to discover what “life-changing” means in post-recession Britain.
Andy Forbes, Head of Products at first direct, said: “We might dream about a Lottery jackpot, but the reality is that most of us aren’t interested in bigger houses or flash cars. Instead, we just want the simple security of knowing we can pay the bills each month and not get into more debt.

“These days we equate financial happiness with being able to provide simple treats for our families, rather than having enough money to quit our jobs or go on luxury holidays.”

The survey also found that:

A quarter of people said paying off their debts would be the biggest priority.

Just over one in ten (11%) would invest a big windfall, with a similar number using the cash for a holiday or a new car.

While only a third of women said a sudden financial windfall would lead them to changing their friends, 45% would look at swapping their partners

Londoners are most likely to ditch their partners, while the Welsh are tops when it comes to loyalty to partners and friends. 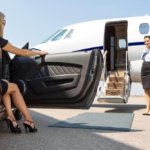