The action, being taken largely in response to US-based firms looking to redomicile to countries with lower corporate tax rates, is targetting those seeking mergers and acquisitions with overseas firms.

However, the tax avoidance tax practice has been a long-held target of President Barack Obama and his administration. He has subsequently charged a new department within the US Treasury to make tax inversion less appealing to corporates.

The plans being put in place will make it more difficult for profits made in other countries to be accessed by US firms inverting their tax base.

The removal of ‘hopscotch loans’, lending facilities set up between foreign business units and the US business, will be the main route of approach for this.

Another step to limit tax inversion will see the new treasury department introduce further restrictions for US owners of inverted firms. Once the plans are brought into place, newly inverted firm owners will only be able to own up to 79% of the company.

Not adding up financially

As a result, the department says, there will be some inversion deals that simply do not add up financially.

Applauding the actions being taken by the treasury and the treasury secretary Jack Lew, President Obama said in a statement.

“We’ve recently seen a few large corporations announce plans to exploit this loophole, undercutting businesses that act responsibly and leaving the middle class to pay the bill, and I’m glad that [the treasury secretary] is exploring additional actions to help reverse this trend,”

A recent high profile inversion deal saw US fast food chain Burger King acquire Canadian coffee and doughnut firm, Tim Hortons. The firm is now able to benefit from Canada’s corporate tax rate of 26.5%, nearly a full 10% under the US rate of 35%. 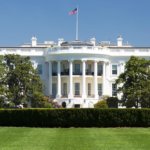