When Does It Make Strategic Sense For Corporations To Use Outsourcing?

Companies and other organisations have been using one form of outsourcing or another for decades and the model has also been steadily growing for decades. That’s a trend that’s expected to not only continue but to strengthen over the eight years to the end of the decade.

As a business model, outsourcing has often suffered from bad press over the years. The wider general public often associate the term with poorly trained customer service and support staff located in far-flung corners of the globe that have replaced previously familiar local accents. A common assumption is that outsourcing is a symptom of corporate greed expressed by firing competent local staff and replacing them with less competent but much cheaper foreign staff.

Organisational decisions around outsourcing are important to get right. So when does it make sense to consider an outsourcing strategy and, by extension, when would it probably not?

A well run, sustainable organisation looks at costs holistically. It’s not, or shouldn’t be, a simple equation of “we can outsource this function at a lower cost than we can provide it inhouse”. The quality of the function’s execution also shouldn’t suffer as a result of being outsourced to an extent that hurts the organisation.

Outsourcing makes strategic sense if an organisation is convinced that overall quality will not suffer in a way that makes an organisation less sustainable and successful in the long term. Judging that can be a complicated equation for management and other stakeholders but doing so accurately is crucial to a good decision on outsourcing.

Ultimately, if outsourcing certain functions lowers costs in a way that is sustainable and will not have long-term negative outcomes, it is probably the right decision. Even in cases where it means substituting functions previously executed in house. Not doing so will, in the mid to long term, compromise an organisation’s competitiveness. And that will inevitably lead to more negative results for all stakeholders, from owners to employees, suppliers and customers than not taking that strategic decision.

An Organisation Has Variable Staffing Needs

A far less sensitive outsourcing scenario is an organisation using the model for business functions that are necessary but variable. There are multiple scenarios in which an organisation needs general staff or specialists, or more of them, for a particular period but not permanently.

One option in that scenario is to hire additional human resources directly in house on temporary contracts. Because that places an additional burden on HR departments and processes that an organisation may not realistically have the capacity for, outsourcing these temporary needs can make more sense. The outsourcing partner provides the additional human resources if and when required, allowing an organisation to scale its capacity and skills available up and down as needed.

Sometimes organisations simply can’t efficiently recruit for certain functions they require, either temporarily or longer term. That is most often because they involve specialist skills that are scarce on the market. IT outsourcing and outsourcing of other technical skills are common examples of why organisations turn to outsourcing partners.

IT skills like software development can be in short supply on local labour markets but conveniently fulfilled remotely, making it a convenient solution to outsource these functions to nearshore or offshore markets where they are more readily available. And outsourcing partners often have more experience recruiting for specialist roles, allowing them to do so more successfully than their clients.

Like any major strategic business decision, outsourcing can also have a negative impact in unsuitable circumstances or if taken for short-sighted reasons that fail to appreciate the bigger picture. But the strategic decision to use an outsourcing model for certain business processes, functions and skills can offer organisations the resources and flexibility they need, benefitting all stakeholders.

Done right, it’s a powerful tool that organisations can leverage to be more sustainable, competitive and successful. 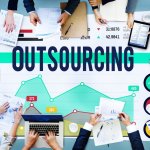