Accidents can happen at any moment. One moment one could be driving peacefully listening to their favourite playlist and the next moment they could be injured due to the negligence of a commercial truck driver. The damage that is done to the vehicle and injuries resulting from a collision with a truck is severe and one might need to empty their pocket to fix this damage.

Understandably, it is easy to panic and create a fuss on the site, but it is highly recommended to try and be as calm as possible. There are some very important things that one should do to not only feel safe after the mishap but also to get the most compensation from the liable company. We shall discuss a few here in this post.

Call 911 We know the compensation is important but so is the driver’s safety. Before anyone else, calling 911 should be a priority, if they are in a condition to do so. If unfortunately, one is not, they should ask someone to do it for them. Try not to move until help arrives. It will help prevent further worsening of the injury.

Get first aid if offered Many people make this mistake when they are not severely injured. They will not accept first aid even if offered by a doctor on-site or someone else. Doing so gives the liable company’s lawyer a chance to point out that the injury was not serious, hence the compensation will suffer. One truth about these cases is that the victim has to manage valid pieces of evidence. If clear evidence is not submitted to the court, the decision will most likely be unfavourable to you. If it is proved that the victim wasn’t seriously injured, they will most likely have to settle on a lesser compensation amount.

Click pictures If one can move around and is not seriously injured, they should try to get as many pictures as they can. Click a picture of the truck, its number plate, the car, people around the car, the location, the injuries, and basically everything. Just fill the memory card, one never knows which image will come in handy to get the compensation.

As we said earlier, the duty of collecting evidence lies on the shoulders of the victim or the one filing the case. So these pictures will really turn out to be useful in court.

Get details from the driver and eyewitnesses Collecting the driver’s license and ID card, if issued by the employer, is another crucial task one must complete. Even though one might feel horrible about taking the driver into this, the corporation they work for is the one making the payments so it’s better if victims keep their emotions aside for a while and think about the expenses, practically. In addition, ensure that the driver receives assistance if he is hurt as well. This isn’t going to help anyone get compensation but as an act of humanity, please ensure the driver’s safety if you aren’t hurt a lot. Also, don’t worry about their hospital costs because they receive worker’s compensation from the company, which means that it will cover both victim’s medical expenses and the drivers’.

They should also ask for the contact numbers and names of the eyewitnesses to make the job easy. An eyewitness is the biggest proof one can present. If one can manage this data, they will most certainly win this case.

Don’t give any recorded statement One will face trouble if they end up saying something that makes them a false victim (even if they are a genuine one). Try not to give a recorded statement to anyone before talking to a personal lawyer.

Most commercial truck accidents happen due to drivers’ negligence, drivers feeling sick, and manufacturing mistakes in the truck. Most companies rectify the manufacturing errors in advance so that their brand doesn’t lose its reputation in the market. One will most certainly get their compensation if there is enough evidence and also because the brands would not like to extend this matter too much. Proper evidence is the key here. If they are able to get some while on-site, they can leave the rest of the job to their lawyer.

We understand that after an accident no one is in a very stable condition to think about future expenses and evidence. However, if one tries to get themselves together and think practically, it will be really beneficial in the future. 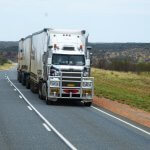