The 9/11 victim compensation fund is the fund that was created for monetary compensation to the families who lost their loved ones, victims who got injured, and others who got ill resulting from the toxic dust after the collapse of the Twin Towers during the vicious attack on the World Trade Center (the Pentagon) and the Shanksville crash (Pennsylvania) on September 11, 2001.

Many people perished due to direct attack, while others suffered from medical conditions due to dust exposure.

The average amount for the 9/11 victim compensation fund is discussed as follows;

The amount disbursed was a maximum of $7.35 billion, where administrative and operational costs were inclusive. It only covered two categories of victims; those injured physically, 911-related cancers, or those who perished from the attack.

Due to concerns about the recovery process for those who got injured and others who got illnesses from the attack, the Victim Compensation Fund was reopened in 2010 and reauthorized in 2015.

In addition, the fund was running out of Capital, and therefore, it was reauthorized again and signed into law as the Public Law 116-59-Continuing Appropriations Act,2020, and Health Extenders Act, 2019.

At least 3000 people died from the attack: 189 at the Pentagon, Pennsylvania plane crash claimed 44 people and another 2763 who were in or within the World Trade Center. Some perished due to direct attack, while others suffered from medical conditions due to dust exposure.

Claims for eligibility are as follows;

Have withdrawn, settled, or dismissed any 9/11-related lawsuits Should legal authority make claims on behalf of a deceased Have a 9/11-related medical condition

Show proof that they were present in the attack locations between September 11, 2001, and May 30, 2002.If you are a victim and want to file a compensation claim, you’ll need to work with a 9/11 compensation attorney. Here are reasons why you need an attorney.

Reasons Why You Need a 911 Victim Attorney

911 Victim Attorneys are experts in medical malpractice, work injuries, and workers’ compensation issues. The process of proving eligibility for compensation is complex because you need to prove that you sustained injuries during the 9/11 incident. An attorney can help you prove that.

Can help you get compensated

911 Victim Attorneys could help you get compensated if you or your loved one got injured during the 9/11 attacks. Compensation can be obtained through settlements and court rulings to cover your medical bills, pain and suffering, lost wages, and other expenses incurred due to your injury or death. The amount of money received is dependent upon the extent of your injuries or loss.

Can help you deal with your insurance companies

911 Victim Attorneys have experience dealing with insurance companies. They will ensure you get the maximum amount possible to cover your medical bills, lost wages, pain and suffering, and other expenses incurred due to your injury. They know how to fight for clients’ rights to obtain compensation for damages caused by another party’s negligence.

As discussed above, it is advisable that any person experiencing a medical illness resulting from exposure to the dust from the collapse of the tower or families who lost loved ones to the attack get the pay-out for full victim compensation. However, you must seek the help of 911 victim attorneys. 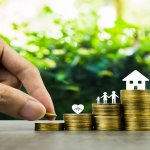