International law firm Weil, Gotshal & Manges has announced that Chris McLaughlin will join its London office as a partner in the Banking & Finance practice.

Chris, who was most recently a partner at Hogan Lovells, has extensive experience acting for banks and borrowers on the financing of cross-border private equity buyouts, European real estate acquisitions, and restructurings.

Chris’ arrival comes on the back of a period of strong growth for Weil’s London and wider European leveraged finance practice, following the recruitment of Chambers Band 1 ranked Stephen Lucas in 2011, along with Mark Donald and James Hogben in London, and Olivier Jauffret and James Clarke in Paris, over the last three years. In addition to the now 12-strong partner-led European leveraged finance group, Weil also boosted its high yield practice with the recruitment in June 2013 of Gil Strauss. His addition also follows that of financing expert Courtney Marcus, who rejoined the Firm as a partner based in the Dallas office in November.

Barry Wolf, Weil’s Executive Partner, said, “We are delighted that Chris is joining Weil to further enhance the growing European Finance practice. In a short space of time, Stephen Lucas and the London team, working with our teams in Paris, the rest of Europe and the US, have established a leading reputation for sophisticated leveraged finance work.”

London Managing Partner, Mike Francies, added, “We are one of the few firms with a Chambers Band 1 ranking in the UK both for Sponsor Finance and for Private Equity thereby offering clients the full range of European leveraged financing solutions covering loans, high yield and yankee loans. We look forward to Chris being part of the team expanding this further.”

The announcement follows a successful twelve months for the London Banking team and the office in general. The Banking team have acted on a number of deals recently including the following in 2013: European sponsor-side deals for Avista Capital and Nordic Capital on their Swiss take-private of Acino Holding; OMERS Private Equity on its £390 million acquisition of Civica, and Ontario Teachers’ Pension Plan on its acquisition of Busy Bees, and bank-side representations for the mandated lead arrangers on Advent International’s £1.16 billion public-to-private bid for Unit4 and Hellman & Friedman’s £1.5 billion buyout of Scout24; and Yankee loan sponsor financings for Charterhouse Capital Partners on its €500 million acquisition of Armacell, Advent International portfolio company Oberthur on its debt refinancing and acting for the lenders on Carlyle’s yankee loan acquisition of Chesapeake.

Weil’s London office has received a host of awards and recognition for its lawyers in the past twelve months including: retaining its Band 1 rankings for Sponsor Finance and Private Equity in Chambers UK 2014; top tier rankings in Chambers 100 and Legal 500 this year; and awards including “Most Innovative Firm in Corporate Law” at the FT Innovative Lawyers Awards Europe 2013, with standout entries and commendations in a further three categories including Finance law. With recent growth, we now have top ranked practices in Sponsor Finance, Restructuring and Fund Formation, to complement our existing top ranked Structured Finance and Private Equity practices. 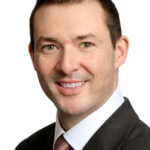