Oracle Capital Group, the global independent multi-family office and wealth consultancy, have announced the appointment of Vincent Mercer to its Advisory Board. Mercer, an experienced lawyer, is recognised as an expert in the regulation of financial services in the UK.

Mercer began his career at the London Clearing House in 1983 where he worked on the then emerging UK regulatory structure, contributing to both the Financial Services Act 1986 and the market default procedures in the Companies Act 1989.

Mercer established his own law firm in 1991 which later merged with top 50 city law firm Speechly Bircham, where he became a partner in its financial services group. Vincent retains an ongoing consultancy role with Speechly Bircham.

The most recent appointment to the Advisory Board prior to Mercer was former Home Secretary David Blunkett. The Board is chaired by Martin Graham, former Director of Markets and Chairman of AIM at London Stock Exchange.

Commenting on the appointment Martin Graham, Chairman of Oracle Capital Group, said: “We are delighted to welcome Vincent to our Advisory Board. The expertise he has gained over a long and rich career will be especially valuable in the current complex regulatory environment as we continue to develop and grow the business across our key markets.” 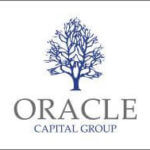