Data on the European venture capital (VC) sector released at the 12th Entrepreneur Country Forum, organised by Ariadne Capital, points to a healthy environment for both investment and return opportunities in European high-growth technology star-up businesses.

Speaking at Ariadne’s EC Forum, Matthias Ummenhofer, Head of VC at the European Investment Fund (EIF), shared EIF’s 2013 data announcing over €4bn of commitments across 248 European VC funds and Business Angels over the course of last year up from €3.4bn in 2012. The majority of the capital invested in 2013 by 103 VC funds and angels, 52%, went into Information and communication technology firms while 18% of the portfolio was invested in UK businesses, followed by Germany with 16% and France, 15%. In 2013, 16 European companies in EIF’s underlying VC portfolio were exited at valuations above US$100m, with an aggregated exit value of over €10.4bn and an average multiple of 5.9x, underpinning Europe’s rising performance in venture investing.

Also speaking at the conference, Marcus Stuttard, Head of AIM at London Stock Exchange, shared his bullish expectations of AIM following 62 successful listings and £1.1bn of capital raised through IPOs in 2013. He further talked about the positive impact of the rule change from last August, allowing AIM-quoted securities to be included in ISAs. This is already seen in the AIM’s outperforming of FTSE100 indices since then.

Julie Meyer, CEO of Ariadne Capital, commented using the David and Goliath analogy: “The most successful businesses will be the digital enablers, the ‘Davids’ whose disruptive forces can transform whole industries.

“Innovation nowadays is about economic models and not technology. The constantly growing number of game-changing technology start-up businesses in Europe illustrates the ability of European entrepreneurs to compete and overtake their Silicon Valley counterparts while redefining the entrepreneurship landscape.” 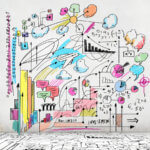