As of the end of July, 16 of 125 US prime money funds had exposure to Chinese issuers, based on data from Crane Data LLC. The median exposure among the 16 was 2.9% of each respective fund’s total assets. The highest exposure among the 16 funds was 10.3% held by the $6.1 billion HSBC Prime Money Market Fund, which is not rated by Fitch.

So far, the short-term tenors of holdings help mitigate the risks US money funds take investing in China, with 63% of all Chinese securities in US prime money fund portfolios maturing within seven days and 96% maturing within two months (as of July 31). Only about 3% of securities mature in more than six months. The short maturities generally allow portfolio managers to respond to market developments quickly and limit the impact of volatility on funds. Indeed, a number of funds have reduced their exposure to Chinese issuers following the recent volatility, generally by allowing positions to mature or roll down the maturity curve.

Most of the Chinese short-term paper in US money funds is issued from major state-controlled or affiliated banks, such as China Construction Bank, whose credit strength is based on an assumption of support from the Chinese government. However, a few funds have recently invested in bank-guaranteed commercial paper issued by private industrial firms, such as Midea Group. The limited supply of short-term debt from US and European issuers in the US market, and the increasingly global reach of some large Chinese issuers, until recently made investments in Chinese paper attractive for certain money funds.

However, the recent volatility points to the risks inherent when investing in China and other emerging economies. These investments may be less liquid and more thinly traded, presenting heightened spread risk and making it harder to exit positions as credit conditions deteriorate.

The rise of US money fund exposures to China over the past three years may be seen here. The right axis of the chart shows the progression of internationally issued Chinese bonds over the same period, which stood at about $80 billion as of March 2015, up from $19 billion as of the end of September 2012. The Chinese bond market is now the third largest in the world, with about $4.4 trillion as of the end of September 2014. US money funds only invest in dollar-denominated paper, including from issuers whose home domicile is China. 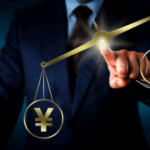