“Today’s US jobs report was unquestionably strong and significantly exceeded expectations. The gain of 321k jobs was higher than the official survey estimate of 230k, as well as the more bullish unofficial ‘whisper’ number on the street of around 250k, and was the highest single month job gain total since January 2012. Moreover, upward revisions of 44k confirm the strength of the recent data.

Sub-components of the report support the initial strong conclusion, and stand in contrast to many prior reports where headline and detailed information were in conflict. Private (non-government) job gains were 314k and were well ahead of the 225k expected, and – like the headline number – upward revisions were a solid 28k. Manufacturing jobs rose a very impressive 44k. Even more important, average hourly wages rose 0.4% on the month, holding a y/y rate of 2.1%, while average week hours worked – another sign of labour demand – were at a cycle high of 34.6. Both point to strong underlying labour demand and falling labour capacity.

The participation rate was unchanged at 62.8% – near the cycle low – but this was due to a healthy increase in the labour force of 119k – which kept the unemployment rate at 5.8%. We agree with the Fed’s assessment that most of the participation decline since the financial crisis is structural (ie, demographic related) and is not likely to rise sharply until wage gains become more entrenched, if at all.

There is a possibility the data is inflated by seasonal hiring over and above seasonal adjustments, supported by the very large declines in energy prices which are expected to accrue directly to consumer spending. However, the scale of the gains is large enough and widespread enough (i.e. in manufacturing) to suggest there is a more permanent shift upward in hiring.

The data clearly support a more hawkish Federal Reserve (Fed) at its December 17 meeting, and support a shift away from its super-accommodative zero-interest rate policy. Indeed, the Fed has increasingly relied on softer measures of underemployment to support holding rates at historical low levels. While the underemployment statistic today dropped 0.1% to 11.4%, it remains elevated by historic comparison and will be no doubt referred to by the more dovish Fed members. However, the other data show no signs of being inflated by temporary factors. The Fed will no doubt continue to refer to weakness outside the US and the still-low inflation rate, but the domestic employment situation continues to look more and more healthy each month.

In this respect the market’s reaction to the data makes sense: higher short-term rates – the 5 yr Treasury yield is initially up 10bps, factoring in a higher risk of sequentially higher Fed policy; while the 30yr yield is up just 4 bps initially as there are not yet signs that falling labour slack is materially pushing up labour costs or inflation expectations. Risk premiums are also initially slightly firmer, supported by the better growth data.

All in all, it is a very good report that exceeded expectations and shows no sign of distorting temporary factors nor underlying inconsistency. The data confirms our view of steadily improving US economic performance that is largely insulated from weakness elsewhere.” 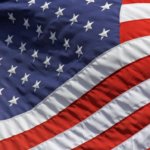