Data released today by the Bureau of Labor Statistics showed that the US economy created 252,000 jobs in December, down from 353,000 in November. The figure is roughly in line with consensus expectations. The data also show the unemployment rate stood at 5.6% in December, compared to 5.8% in November. While December’s job creation figure is substantially below that of the month prior, US’ employment gains for the year as a whole remain strong. On average, 246,000 new jobs were created in every month of 2014, compared to a monthly average of 194,000 in 2013.

As the Federal Reserve continues to stress its commitment to data-dependent interest rate decisions, many will wonder if strong employment growth could lead to sooner-than-expected rate rises. However, other economic indicators and the Fed Chair Janet Yellen’s recent remarks suggest not. Projections released by the Fed in mid-December show that inflation expectations have been driven down by falling oil prices and inflation is not expected to return to its target level of 2% until 2018. Yellen has also recently remarked that the Open Market Committee will be “patient” with monetary policy tightening and that she would like to see the unemployment rate drop below its long-run natural rate (estimated at around 5.2%), thereby placing upward pressure on wages.

Given the substantial drops in US median income following the financial crisis and lingering concerns that the benefits of the recovery are still not reaching many Americans, boosting wage growth is seen as a priority for the country. Hence, considering the risks associated with premature monetary tightening and the benign inflationary outlook Cebr continues to expect a US rate rise in late 2015.

Keeping in mind the loose monetary policy, strong job creation, and the likely GDP-boosting impact of falling oil prices, the US is set for a year of robust growth. Cebr expects the US economy to have grown by 2.5% over 2014 and to expand by 3.1% in 2015. 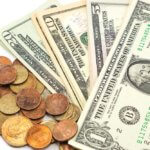