While clients continue to be patient and industry assets remain stable, fund managers are launching, closing, and merging funds, updating investment guidelines, and working through the operational aspects of reform.

Despite widespread predictions of outflows from institutional prime money funds – those most affected by the reforms – asset flows have been positive so far. According to iMoneyNet data, total money fund assets increased by 6.2% since July 2014, when the reforms were passed, with institutional government funds growing faster than prime, 11% to 4.8%. Money fund flows typically incorporate seasonal factors, and it is too early to tell if the stronger flows into government funds (which are less impacted by reforms) are indicative of clients repositioning their cash holdings in response to reform. Investors are likely to shift some cash out of institutional prime funds closer to the effective date of the main thrust of the reforms, in October 2016.

Money fund managers are also taking steps to restructure their funds to gain a competitive position. Fidelity recently announced that it will convert a number of large retail prime money funds (with assets north of $100 billion) to government funds. Fidelity said many of its clients had indicated that they would prefer the stable net asset value (NAV) and exemption from the fees and gates provisions of the reform that government funds offer. This was also Goldman Sachs’ rationale when it noted recently that its government funds are now in compliance with the reforms and that they have opted out of the fees and gates provision. Finally, a number of money fund managers have announced they will be merging or liquidating funds that have not attracted enough assets, with some small managers like Touchstone Investments exiting the business as the burdens and costs of compliance with the new reforms prove too high.

While government funds are expected to take up most of the money leaving prime money funds, some cash will likely find its way to other short-term products, including ultra-short bond funds, private 3c-7 money funds, and separately managed accounts. Fund managers have been discussing these options over the past few months with clients that may not want to remain in prime money funds with a floating NAV.

A few managers have launched new ultra-short bond funds in recent months as an alternative to prime money funds. The bond funds, launched by large money fund managers like Goldman Sachs, Invesco, and Western Asset, typically strive to offer higher yields than prime money funds, and take slightly more risk. For example, the Goldman Sachs Limited Maturity Obligations Fund, rated ‘AAA/V1’ by Fitch, is allowed by prospectus to have a weighted average maturity (WAM) of as much as 270 days, compared to a maximum of 60 days for money funds. 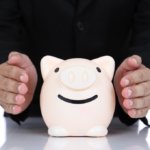