US firms pledge $14bn to Africa

A group of companies in the US have said they will commit to investing $14bn (£8.3bn) across Africa to boost infrastructure and energy resources on the continent.

The announcement, confirmed by US President Barack Obama, was made as the inaugural US-Africa Leaders’ Summit got under way. A bid to strengthen commercial ties and opportunities between the two, the Washington summit is being attended by more than 40 heads of state from across Africa.

Among the deals which were outlined on Tuesday August 5 was a $5bn tie-up between one of Africa’s leading businessmen, Aliko Dangote, and private-equity firm Blackstone.

The partnership will focus on sub-Saharan energy infrastructure plans.

Further investments from the deal are being made into Mr Obama’s Power Africa coffers, which the White House has said have also been swelled by a further $12bn in pledges. The public/private initiative is looking to develop a robust energy supply chain in Africa.

Other deals outlined included the World Bank’s investment of $5bn in Power Africa and General Electric’s $2bn which will be directed to further boost energy access and infrastructure, with the firm’s chief executive, Jeff Immelt, saying:

“We gave it to the Europeans first and to the Chinese later, but today it’s wide open for us,”

Another President-sponsored scheme, the Doing Business in Africa drive, will also push another $7bn of funding. Bringing the total level of investment by US companies to over $33bn, Mr Obama said:

“As critical as all these investments are, the key to unlocking the next era of African growth is not going to be here in the US, it is going to be in Africa, “

Mr Obama went on to explain that while growth in Africa will be encouraged by the US, it is with the clear understanding that American jobs are created and supported every time trade between the two expands. 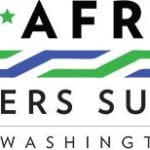