The heads of the Treasuries and leading financial regulatory bodies in the United States and United Kingdom today participated in an exercise designed to further the understanding, communication, and cooperation between U.S. and U.K. authorities in the event of the failure and resolution of a global systemically important bank, or G-SIB.

The exercise demonstrates the continued commitment of the United States and the United Kingdom since the financial crisis to promote a safer and sounder financial system by cooperating to address issues involved in the orderly resolution of large and complex financial institutions without cost to taxpayers. Both countries reiterated their commitment to the Financial Stability Board’s ongoing work concerning G-SIB resolution. The exercise was timed to coincide with the IMF annual meeting. 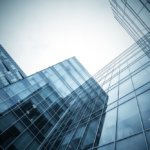