New research reveals the scale and economic impact of unfilled vacancies on the UK economy – representing a staggering annual cost of over £18bn.

The economic potential offered by these positions is indicative of continuing improvements in the UK labour market, with falling unemployment and robust job creation. Despite this renewed confidence, the research suggests that many businesses are finding it a challenge to locate and secure the right employees. Inability to find and recruit the right hire for a role has an impact on both the business itself and the wider economy in two major ways. Failing to effectively resource a business slows both production and profits, while unearned wages reduce consumer spending power and contribution to economic growth.

Findings from the report, released by Indeed, the world’s leading job site and global hiring resource, illustrate the growing importance of building a strategic recruitment function to hire quickly and efficiently, and find the right fit for each role.

Indeed SVP Paul D’Arcy commented, “For today’s job seekers, these are positive conditions, however, at around £18 billion per year, the cost of unfilled roles should serve as a wake-up call to UK businesses developing recruitment strategies in a post-recession environment.”

“Each ‘empty desk’ represents an opportunity both for the individual and the business. For the business, finding and recruiting the right individual means better productivity and profits, while for the individual, earning an income and spending a salary contributes to wide economic growth. In today’s economic environment of lowered unemployment and labour participation, it has never been more important to hire the right fit for each role.”

Other key findings from the report:

● Open roles in the real estate sector have the greatest impact on the UK economy, due to high levels of contributed economic value (the goods and services that could be produced if the position were filled)

● Although less ‘productive’, the sheer volume of openings in the wholesale and retail sector means that vacant positions in this sector represent £195m per month

● Unfilled vacancies in the health and social work industry account for £130.9m in lost economic potential

● Unfilled vacancies in the finance and insurance sector account for £129.1m in lost economic potential

● Vacancies in the information and communication sector represent £119.9m of lost economic potential

● The proportion of unfilled vacancies in high value added sectors means that empty desks in the UK are of greater economic significance than in the US, Germany and Australia – representing 1.3% of monthly GDP across the UK economy compared to 0.9% in the US

● For industries which can achieve reductions in the time it takes businesses to fill job openings, there are significant economic gains to be made and greater amounts of economic potential can be unlocked by better matching the right people to the right jobs

● For the wider economy, the efficient matching of potential employees to businesses is key to supporting healthy levels of employment and household incomes, while allowing businesses to reach full productivity 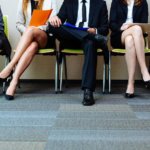