The price at which the placing shares are sold will be determined by way of an accelerated book building process. The book will open with immediate effect following this announcement.

Bank of America Merrill Lynch, J.P. Morgan Securities plc, Morgan Stanley Securities Limited and UBS Limited have been appointed to act as bookrunners in connection with the placing.

Lazard & Co., Limited is acting as capital markets adviser. Freshfields Bruckhaus Deringer LLP is acting as legal counsel to UKFI in respect of English and US law.

Details of the placing price and the number of placing shares will be announced in due course. 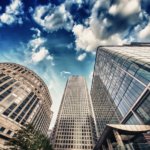