New statistics reveal that HMRC has collected more than £2 billion in disputed tax from tax avoiders, under rules introduced by the government in 2014.

The new Accelerated Payments notices mean that users of tax avoidance schemes pay disputed tax up-front while their tax-affairs are investigated, instead of waiting until they are concluded. Given HMRC wins 80% of cases that go to court, this eliminates the financial advantage that tax avoiders previously enjoyed.

The Financial Secretary to the Treasury, David Gauke, said:

“We will not tolerate tax avoidance and Accelerated Payments has been a real game changer.

“HMRC already wins the vast majority of cases that go to court and now HMRC has taken more than £2 billion from tax-avoiders who would have otherwise benefitted from that cash while they were being investigated.

“It should be absolutely clear to anyone who is tempted by these schemes that tax-avoidance does not pay.”

“Accelerated Payments continue to turn the tables on individuals looking to avoid paying their fair share of tax. Those who take part in tax avoidance now have to pay up-front and dispute later. It really is time to get out of avoidance – HMRC wins the vast majority of cases that people litigate, with many more settling before litigation.

“HMRC is now issuing over 3,000 Accelerated Payment Notices a month, and has issued over 41,000 notices since Accelerated Payments were introduced. By the end of 2016, HMRC expects to have completed issuing notices, bringing forward over £5 billion in payments for the Exchequer by March 2020.” 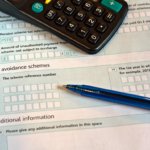