Consumer spending continues to drive the UK economic recovery, with retail sales rising 5.7% in February compared with a year earlier. This was a whole percentage point higher than the 4.7% jump forecast by economists. February was the 23rd month of consecutive year-on-year growth. Average prices in stores fell by 3.6% in February, the biggest annual fall since records began in 1997.

A combination of rising wages and zero inflation means pay is recovering in real terms, having fallen significantly since the financial crisis. Lower fuel costs in particular are easing the pressure on household budgets, and the signs are that much of this extra disposable income is finding its way into retailers’ tills.

The majority of the sales growth in the year to February came from non-food retailers, such as department stores and household goods retailers – this willingness to spend on non-essentials suggests consumers are feeling better off. Given that CPI inflation is expected to fall below zero in the coming months, and stay close to zero for the rest of the year, the signs are positive that the UK consumer can remain in rude health. This is clearly good news for economic growth, but while domestic spending is always vital in a mature economy, there is a slight concern that the economy is becoming over-reliant on the consumer. Greater contributions from business investment and exports would arguably make for a more sustainable recovery. 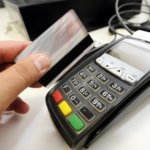