In a statement, the company said that the challenging UK retail environment would affect its financial performance. With Tesco saying it expect profits to only attain £2.4bn instead of £2.8bn, the firm said it will reduce the half-year dividend by 75% for the year, to 1.16p, saving the firm £600m.

Other savings are also to be introduced. Tesco has said its program of store refurbishment will be slowed for example, with overall spending set to be reduced by £1bn for the year.

“The Board’s priority is to improve the performance of the Group. We have taken prudent and decisive action solely to that end,

“The actions announced today regarding capital expenditure and, in particular, dividends have not been taken lightly. They are considered steps which enable us to retain a strong financial position,”

The news saw shares in Tesco plummet by 7.2%, closing at 228.70.p, and also saw shares across the supermarket industry suffer, with Morrisons and Sainsbury’s seeing falls to their price as nerves hit the investment scene.

Investors are expecting another round of price wars between the giant chains, as budget chains continue to take market share. Like for like sales for Tesco and other traditional retailers in the segment continue to slide in the UK.

The latest figures from Kantar Worldpanel showed that comparative figures from the group fell by 4% in the three months to August 17, representing a market share of 28% from over 30% last year,

With industry analysts warning that Tesco has tried to please too many of the people too much of the time, and is now consistently coming up short in the customer satisfaction stakes, the group will be hoping its new chief executive can turn the fortunes round.

Charged with looking at every aspect of the business and expected to to oversea a wide ranging senior management change, the firm confirmed that its new chief executive, Dave Lewis, would be taking control of the company from Monday September 1. 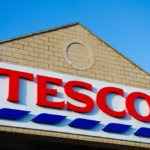