The attractiveness of the UK renewables market in the eyes of investors and developers has decreased dramatically – falling back to levels last seen in November 2012, according to EY’s latest Renewable Energy Country Attractiveness Index (RECAI).

The quarterly report, which ranks the investment potential of forty countries’ renewables markets, has ranked the UK in 6th place behind the US, China, Germany, Japan and Canada.

According to the report, the UK has slipped a place for the second consecutive quarter. This is mainly due to conflicting signals over the future of support for renewables beyond the 2015 election, as well as the proposed cap on solar power projects eligible for Renewables Obligation support being introduced two years earlier than planned.

At the same time, a new auction program for utility-scale renewable energy supports Canada’s move up into fifth place. And in Asia, China, Japan and India continue to strengthen their positions and close the gap on their Western counterparts in the top 10.

Ben Warren, EY’s Environmental Finance leader, said on the UK’s position in the index: “The UK has slipped to sixth place for the first time in more than a year. Policy tinkering and conflicting signals once again become too much for investors and developers to handle.

“The recent carbon tax freeze, an energy market competition probe and Conservative Party plans to scrap onshore wind subsidies post 2015 are weighing heavily on the sector’s ability to assess the long-term outlook. In addition, the launch of a Government consultation on future financial support for solar has taken the shine off the UK’s otherwise booming solar market.

“As ever with the renewables sector, more damaging than the outcome of any review itself is the uncertainty it creates and the trust it erodes. This last quarter has been no exception, with little done to foster sympathy from the renewable energy sector, which appears to be continuously caught in the firing line.” 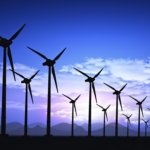