UK Remains One of the Most Competitive Tax Destinations

The UK remains one of the most competitive tax destinations according to over 100 of the largest British-based businesses participating in KPMG’s annual survey of tax competitiveness 2014. But Ireland has leapfrogged the UK to take the number one position this year.

In this year’s results, the UK has built on its 2013 absolute score in terms of the frequency with which respondents cite it as being in their top three most competitive tax regimes but it has slipped to second place overall. Luxembourg, the Netherlands, and Switzerland have all lost ground in the rankings as the table below shows.

Chris Morgan, head of tax policy at KPMG in the UK, said: “This year, respondents’ perception of how attractive Ireland’s tax regime is compared to other countries jumped significantly, with Ireland most frequently cited among the top three most attractive tax regimes overall. Perceptions of the UK’s attractiveness improved slightly versus 2013 but not enough to retain the top spot in the 2014 rankings.

“In contrast, the tax regimes in Luxembourg, Switzerland and the Netherlands are viewed as less attractive in 2014, perhaps due to significant proposed changes in tax regimes (especially in Switzerland), increased regulatory scrutiny on tax issues and concerns about tax rulings and EU State Aid issues (in the EU countries). While Ireland has also come in for criticism from some quarters on its tax policies, it appears that companies accept its very clear cross party commitment to retaining the low rate and believe that Ireland will introduce further measures like an Intellectual Property box regime to maintain its competitiveness.”

For the first time this year, the survey expressly asked about responsibility in business. Respondents agreed that responsible business should act in the interest of the common good and that tax was integral to this. Additionally, a significant proportion of respondents (38 percent) said they had become more transparent on how they report tax in the last 12 months. 44 percent felt they would be more transparent in the future, with this particularly pronounced among the FTSE 100 where just over half said so.

In a similar vein to last year’s results, respondents believe that stability and simplicity determine the attractiveness of a tax system. Respondents were keen to see the corporate tax rate go down to 20 percent as planned by the current government. Respondents felt that this reduction was more important than a cut to business rates and almost a quarter (23 percent) saying they would increase their headcount as a result of this measure. There was relatively little support for tax devolution, with 63 percent saying it should not be decentralised and 27 percent saying it should be decentralised in line with devolution. A similar proportion (66 percent) was opposed to an allowance for corporate equity, which is a deduction based on the amount of share capital in order to level the playing field between equity and debt.

Chris Morgan commented: “According to our survey, stabilising and simplifying the tax system are the two most important measures to prioritise to drive growth over the next year. However, given that simplification would inevitably involve change to the system, there is a natural tension between these factors. The general sentiment seems to be that it makes sense to allow recent changes made to the tax system to ‘bed in’ before introducing any additional measures.”

Looking to the wider tax landscape, a clear majority (76 percent) of respondents were supportive of the general aims of the OECD’s Base Erosion and Profit Shifting (BEPS) action plan. However, 61 percent expressed some concerns around the potential compliance burden of country by country reporting and over half (56 percent) of respondents felt that the UK authorities were unable to influence the overall BEPS agenda.

Chris Morgan commented: “Respondents are clearly supportive of the aims of the BEPS action plan but they do have some concerns. In particular, a significant minority believes that some work-streams could have a negative impact on the UK and more than half expressed concerns about the potential compliance burden of country by country reporting.”

In conclusion, Chris Morgan said: “It’s encouraging that the UK has held its overall score on tax competitiveness this year which suggests respondents remain broadly content with the direction of travel on UK tax policy. Ireland may have leapfrogged into the top spot but the results suggest that has been a result of it taking ‘votes’ from other European competitors rather than the UK. Respondents seem broadly happy with the direction of travel in terms of tax reform and support the OECD’s efforts to reform the international tax system. The sentiment among the senior tax executives we spoke to appears to be one of ‘steady as she goes’ rather than any urgent calls for radical reforms.” 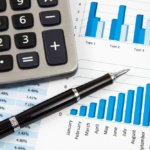