Sterling has taken a hit after Bank of England (BoE) Governor Mark Carney reiterated the message of no interest rate rises for some time, despite a rapid decline in unemployment and fast-rising house prices, says Mark McFarland, chief economist at private bank Coutts.

“Our forecast remains unchanged – we look for a quarter-point hike next spring – although there are risks that rates could rise faster amid surprisingly strong growth that has yet to be matched by gains in productivity,” says McFarland.
“Our forecast remains for sterling to fall modestly against the dollar, toward US$1.62 by year end, while we see limited room for further gains in UK government bonds (gilts). Gilt prices rose on Carney’s remarks and a benign BoE Inflation Report, but ended up only slightly above their level of a week ago.

“Carney repeated his message from February that the pace of rate rises would be only modest once they do start to go up. We also maintain our view that the first increase will be followed by only another quarter-point hike next year, taking the base rate to 1.0% from 0.5% currently.

“Carney’s dovish view and the relatively benign inflation expectations in the BoE’s report come against the backdrop of unemployment falling below 7%—the level set last August as the point at which the Bank would start to consider tightening monetary policy—and rapidly rising house prices. But Carney suggested financial stability was the responsibility of those regulating banks and issuing mortgages, not the Bank of England, with monetary policy being the final tool used to curb excess. How effective tighter regulation will be in maintaining stability remains to be seen.

“With growth in GDP running at 3.1% and inflation at 1.6%, traditional models for rate setting would suggest a UK base rate around 1.5%. Estimates of the slack in the UK economy vary widely, but we believe having sufficient slack and increasing productivity will be the crucial factors in keeping rates low and raising them only gradually. The BoE believes there is still room for GDP growth to increase by 1.0-1.5 percentage points, which is roughly in the middle of the range of economists’ forecasts, without a serious threat of inflation.

“We see inflation staying relatively subdued and rates rising only from next spring, and then only gradually. But the risks around this relatively benign view are skewed to the upside. As a result, we remain cautious on gilts, which would need a substantial reduction in growth expectations to make significant further gains, and maintain our forecast for only a modest depreciation in sterling against the dollar.” 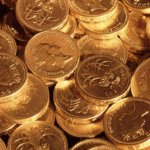