UK Must Adapt to Tap into Overseas Procurement Market

Public procurement of goods and services in 12 key emerging markets will almost triple to £452bn by 2030, according to new CBI research. But the UK will only capture £11bn of this growth, if its market share stays
the same.

Procurement from overseas by developing countries has historically focused on sectors with no domestic equivalent, while other contracts have tended to go to domestic companies or public bodies. But research suggests that public sector organisations in these countries will rapidly increase their purchase of goods and services, driven by the needs of ageing populations and a growing middle class.

China will lead the growth in public procurement with its market increasing by 7.4% each year. Indonesia and Turkey will also rapidly increase their spending by 6.2% and 6% respectively.

Manufacturing will remain by far the largest component of demand in absolute terms, at £242bn in 2030, growing at 5% each year.

The three fastest growing areas of overseas procurement spend will be: health infrastructure (predicted to increase by 351% by 2030), transport services (254%) and recycling equipment (250%).

Among the measures the CBI is recommending to tap into this growth are the establishment of UK Government contracting agencies. The CBI also calls on the Government to support UK public services firms, including through overseas trade missions, and to stop using rhetoric which could damage the sector’s reputation.

Katja Hall, CBI Chief Policy Director, said: “The size of the exports prize for public services firms in emerging markets is growing at a rate of knots, driven by a ballooning middle class and an ageing population.

“This is a huge opportunity for UK businesses, which have an established track record in many key growth areas like health, transport and recycling. But winning public contracts in these countries is often an uphill battle, so firms need a leg up.

“To boost opportunities for our exporters, we want the UK Government to set up contracting agencies with priority markets, to help them navigate the procurement maze. We also want the EU-US trade talks to prioritise public procurement.

“Politicians must guard against using rhetoric which could damage the reputation of the UK public services industry overseas. I want to see Ministers championing this important economic sector and to get to a point where CEOs of public services firms are just as readily invited on trade missions as manufacturers.”

The CBI research shows that the UK has a strong track record in many of these growth areas but without Government and EU support it will miss out on market share. 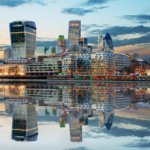