ICAEW advises taxpayers to check which changes could make a difference to their personal finances and to get expert advice if unsure.

Pensions will be an important area for change, and most taxpayers will see an increase in their pay packet as the personal allowance increases.

The starting rate of income tax on savings will be cut from 10% to 0% for savings income up to £5,000. The change means more people on lower incomes may be able to get their savings income paid without tax deducted.
Married couples and civil partnerships will be eligible for a tax break as the new marriage allowance lets the lower-income partner transfer £1,060 of their personal allowance to their partner – saving up to £212. This isn’t an extra allowance, just the transfer of part of an existing one, and can’t be claimed if either partner pays more than the basic rate of income tax.

The married couple’s allowance – for couples where one or both was born before 6 April 1935 – rises to £8,355. This is not to be confused with the new marriage allowance, and will be a better bet for those eligible, giving up to £835 of tax relief.

The maximum that can be invested in a tax-free ISA increases to £15,240. Junior ISA and Child Trust Fund allowances will be uprated to £4,080.

There are big changes for pensions. From 6 April 2015 those aged 55 or more can take money from their defined-contributions pension pot without having to buy an annuity or put the money into drawdown, and 25% of what they take out will be tax free.

The law will also change so that if an individual dies before the age of 75, they will be able to pass on their pension pot tax-free.

From 1 May families will not have to pay Air Passenger Duty on economy flights for children under 12. 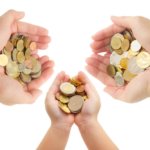