As UK businesses enjoy a positive start to 2014, a leading international training organisation warns that growth could be severely curtailed for those that fail to address their immediate
sales-base requirements.

Confidence in the UK economy is noticeably increasing, with falling unemployment and manufacturing and retail sectors recording strong growth. In fact, the International Monetary Fund puts UK growth at 2.4 per cent – stronger than any other European economy.

According to a recent CBI report, to truly fulfil this growth, Britain needs to close the gap between schools, colleges, universities and the work place with world-class apprenticeship and earn while you learn schemes.

Doug Tucker, Managing Director of Sales Commando, believes this needs to be taken a step further.

“With growth comes re-employment. Companies that laid people off during the recession are now desperate to build up staff numbers to fulfil increasing demand and competition. And it is going to become very competitive.

“The only way companies can compete to win as the economy rights itself is through sales. And that requires up-to-the-minute, professional sales training.”

Sales Commando recently polled its clients, not just in the UK but in all of the international markets within which it operates. Unsurprisingly, the biggest area of concern was the need “to sell better.”

“Bridging the gap between education and business is an on-going challenge and the CBI is right to champion this cause. But of equal importance is the need to equip sales forces with the ability to capitalise on a rapidly growing economic environment and changing realities by selling more effectively.”

Doug warns: “Companies that fail to sell better will fail ultimately as they’re surpassed by others who progress and expand. Now the UK is emerging from one of its most severe recessions of recent times, sales skills are being brought sharply into focus.” 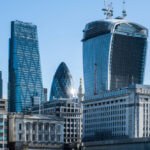