People looking to access their pension pot under the new pension freedoms will benefit from easier transfers and more information as the government outlines further action to remove unjustifiable barriers, the Economic Secretary to the Treasury Harriett Baldwin announced today (10 February 2016).

Building on the Chancellor’s announcement last month that the government would limit early exit charges for people seeking to access the freedoms, the government has today published its response to the Pension Transfer and Early Exit Charges consultation.

The response outlines that:

• government will introduce a new requirement for trust-based pension schemes to regularly report on their performance in processing transfers;
• The Pensions Regulator (TPR) will issue new guidance for scheme trustees to ensure transfers are processed quickly and accurately;
• Pension Wise will develop new content on the transfer process, which will include information on likely timescales, what customers need to do and greater clarity on whether financial advice is required.

The consultation found that whilst the majority of eligible individuals are able to access their pension under the new freedoms, there are a small but significant number who have been effectively prevented from accessing the pension freedoms because of high exit charges or long transfer times.

The consultation found that for Financial Conduct Authority(FCA)-regulated contract-based pension schemes, transfers took 16 days on average, however, TPR data showed that the mean transfer time for trust-based pensions was 39 days, with many consumer survey respondents saying that they had to wait significantly longer for individual transfers.
Harriett Baldwin, Economic Secretary to the Treasury, commented:

“It is only fair that people who have worked hard and saved their entire lives are able to access their pensions flexibly, without facing any unjustifiable barriers. That’s why we’re taking action to curb excessive exit charges, make transfers easier and ensure people have the information they need to make informed decisions.

“We will continue to work to ensure that our landmark reforms deliver real freedom and choice for people.”

Baroness Ros Altmann, Minister for Pensions at the Department for Work and Pensions, said:

“Encouraging people to save and helping them on their way to a financially secure retirement is a priority for this government and we need to ensure that the right protections are in place for consumers.

“No consumers should have to pay excessive early exit fees, regardless of the type of scheme that they are in. And we will be working to ensure that action is taken to protect members of trust based schemes.”

“We welcome the government’s commitment that all pension savers will be protected from unnecessary barriers to accessing their pensions, such as excessive early exit charges and delayed transfers. We will be working closely with government and the industry to deliver the recommendations of the response.”

As part of the consultation the government conducted an online consumer survey – with over 70% of respondents supporting a legislative cap.

The pension freedoms, which came into effect on 6 April 2015, represent the most significant pension reforms for a generation. They allow people who have worked hard and saved their entire lives to access their savings how and when they want. Still in its first year, the government’s pension reforms have already seen over £3.5 billion flexibly accessed through nearly 400,000 payments. 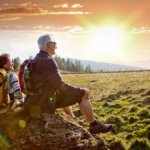