The survey reveals that a significant majority (68%) of employers favoured retaining at least some level of initial tax relief for pension contributions.

Offering one level of tax relief for all savers was the most popular option (29%), with no changes to the current structure close behind (27%). The Chancellor’s proposal of levelling pension tax relief with the Individual Saving Accounts (ISA) regime polled less than 1 in 4 (24%) of the vote. A further 12% of delegates favoured removing higher rate tax relief for high earners.

Commenting for Jelf Employee Benefits, Steve Herbert, head of benefits strategy said: ‘Employers have had pension duties forced upon them by successive governments, so it is only right that their voice should be heard on this really important issue. And the message is clear – employers want to retain some form of initial tax-relief to encourage pension savings by their employees.

‘It’s also worth pointing out that this is very much a view from the UK employer coalface, with small and large private sector employers represented, as well as many organisations in the third sector and even some large public sector departments. This broad cross-section of organisations provides a very good indicator of the wider employer views on this key topic.’

The survey also revealed that, should a major change to tax reliefs take place, employers want and expect adequate time to adapt current practice and employee communications to the new tax relief environment. More than half of the employers questioned (52%) would ideally like a minimum of two years to undertake such change, with 12% expecting at least three years for this exercise.

Herbert concluded: ‘The employers we questioned have been under increasing and unrealistic time pressures with regard to recent changes to pension legislation, so it’s to be hoped that HM Government listen to this call for adequate planning and implementation time should any major changes arise from this consultation.’ 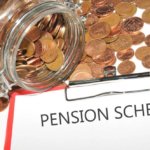