George Osborne, the UK Chancellor of the Exchequer, today announced that from April 2015 individuals will have the freedom to pass on their unused defined contribution pension to any nominated beneficiary when they die, rather than paying the 55% tax charge which currently applies to pensions passed on at death.

Around 320,000 people retire each year with defined contribution pension savings; these people will no longer have to worry about their pension savings being taxed at 55% on death.

From next year, individuals with a drawdown arrangement or with uncrystallised pension funds will be able to nominate a beneficiary to pass their pension to if they die.

If the individual dies before they reach the age of 75, they will be able to give their remaining defined contribution pension to anyone as a lump sum completely tax free, if it is in a drawdown account or uncrystallised.

The person receiving the pension will pay no tax on the money they withdraw from that pension, whether it is taken as a single lump sum, or accessed through drawdown.

Anyone who dies with a drawdown arrangement or with uncrystallised pension funds at or over the age of 75 will also be able to nominate a beneficiary to pass their pension to.

The nominated beneficiary will be able to access the pension funds flexibly, at any age, and pay tax at their marginal rate of income tax.

There are no restrictions on how much of the pension fund the beneficiary can withdraw at any one time. There will also be an option to receive the pension as a lump sum payment, subject to a tax charge of 45%.

This system replaces the current 55% tax charge which the government committed to reviewing as part of the Freedom and Choice in Pensions consultation and has the potential to benefit all those with some form of defined contribution pension savings – that is 12 million people in the UK.

At Budget 2014, the government announced a fundamental change to how people can access their pension.
From April 2015, around 320,000 individuals retiring each year with defined contribution pension savings will be able to access them as they wish, subject to their marginal rate of tax.

The tax free pension commencement lump sum (usually 25% of an individual’s pot) will continue to be available.
This policy will be scored at the Autumn Statement and is expected to cost around £150m per annum. 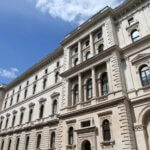