The European Fund and Asset Management Association (EFAMA) has today published its latest Investment Funds Industry Fact Sheet, which provides net sales of UCITS and non-UCITS for December 2013 and the entire year of 2013, as well as net assets data at the end of 2013.

26 associations representing more than 99.6 percent of total UCITS and non-UCITS assets at the end of January 2014 provided us with net sales and/or net assets data.

The main developments in January 2014 in the reporting countries can be summarised as follows:

• UCITS recorded a significant jump in net inflows in January to EUR 71 billion, up from EUR 14 billion recorded in December, reflecting increased net sales of long-term UCITS and a considerable surge in net inflows to money market funds.

o On the other hand, equity funds registered reduced net inflows of EUR 11 billion down from EUR 15 billion in December.

o Balanced funds recorded a fifth month of increasing net sales of EUR 16 billion, up from EUR 13 billion in December.

• Total assets of UCITS stood at EUR 6,974 billion at end January 2014, representing a 0.6 percent increase during the month.

o Total assets of non-UCITS also enjoyed an increase of 0.6 percent in January to stand at EUR 2,823 billion at month end.

“UCITS recorded in January 2014 the highest monthly net sales since the onset of the global financial crisis, and this in an environment characterized by falling long-term interest rates, continued low global inflation and rising stock market uncertainty reflecting tensions in several emerging markets.” 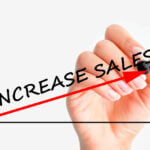