Tullow Oil plc has announced that its subsidiary Tullow Oil SK Limited has entered into an agreement to sell 53.1% of its Schooner unit interest (currently 93.1%) and 60% of its Ketch asset (currently owned 100%) in the UK Southern North Sea to Faroe Petroleum (UK) Limited.

The total consideration is the equivalent of US$75.6 million plus a royalty on future Schooner developments, subject to the terms of the sale and purchase agreement. Of the US$75.6 million total consideration, US$58.8 million will be paid on completion of the sale with the balance payable on the achievement of cumulative production milestones. The purchase has an effective date of 1 January 2014 and is expected to complete by the end of the year at which point operatorship of Schooner and Ketch will transfer to Faroe.

The Group continues to market its remaining Southern North Sea gas assets in the UK and in the Netherlands with value being increased in the latter following the gas discovery at the Vincent well announced earlier in the year. This transaction follows the sale of Tullow’s gas assets in Bangladesh and the agreement to sell the Pakistan business in 2013, and is in line with the Company’s strategy of active portfolio management and monetisation of assets.
Tullow’s production guidance for 2014 remains unchanged at 79,000-85,000 barrels of oil equivalent per day with a pro rata adjustment to be made after the sale of these assets completes.

Aidan Heavey, Chief Executive of Tullow Oil plc, said: “Schooner and Ketch have been critical to Tullow’s success and growth since they were acquired in 2005. During a transformational period of growth for Tullow, they provided important, stable, cash flows which have helped to fund the Group’s successful frontier exploration campaigns.

“However, we have a clear strategy of constant and active portfolio management and have focused our business on conventional light oil. Sales and farm-down processes continue across Tullow and, although transactions are taking longer than initially expected, we are making good progress in tough but improving market conditions.” 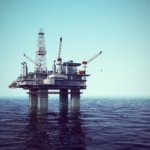