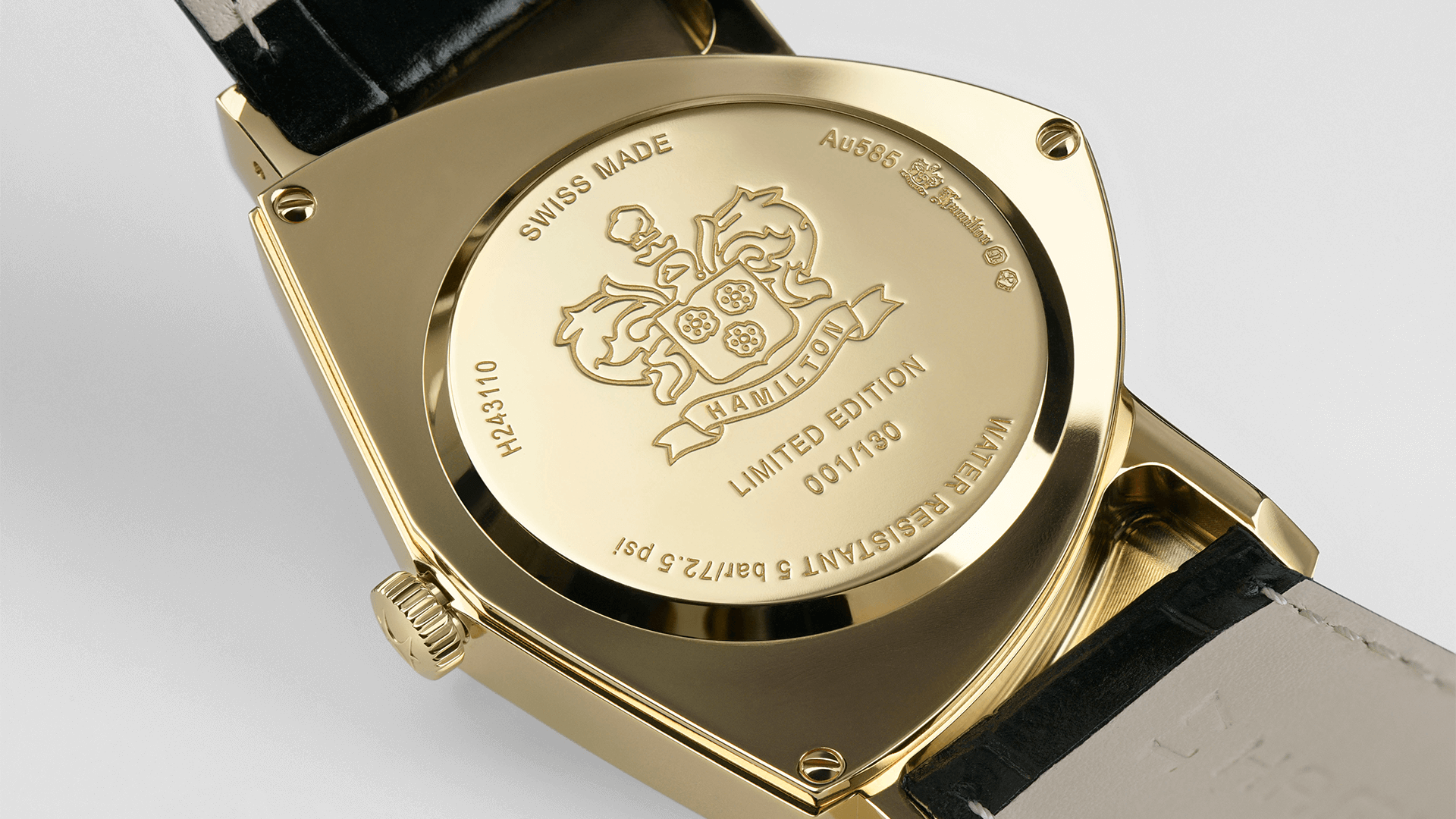 The Hamilton Ventura isn’t simply a watchmaking icon — it’s a titan of industrial design. The brainchild of celebrated American designer Richard Arbib, its unconventional, angular case, electric movement and sci-fi aesthetic propelled it into the public consciousness in 1957, and cemented it there after Elvis wore one in his 1961 feature “Blue Hawaii”. Powered by an electromagnetic coil, it was a technological breakthrough, bridging the older world of mechanical watchmaking with that of the quartz movement that would emerge in the 1960s.

This year, the Ventura is returning to the fore of Hamilton’s collection as a special, limited edition of 130 pieces in solid, 14K gold — just like the original model. Celebrating Hamilton’s 130th anniversary, the new Ventura L is a reminder of the technical innovation and avant-garde approach, the driving forces behind the Hamilton’s groundbreaking advancements.  A truly collectible piece and a symbol of cutting-edge watchmaking, this special edition watch carries the legacy of the world’s first electric watch and reflects our long-standing heritage, featuring a special engraving of the Hamilton’s crest on its case back. Its design is as eye-catching as it is authentic and relevant today:  The new Ventura L matches a subtle black dial with eye-catching yellow gold-colored hour, minute and seconds hands and indices, a reliable quartz movement, and a classic black leather strap with a yellow PVD butterfly clasp. Measuring a versatile 33.11mm in diameter by just 9.38mm tall and featuring high-end touches such as an anti-reflective sapphire crystal and 50m of water resistance, the dazzling, precious-metal Ventura is poised to continue its high-tech journey into the horological future, garnering legions of new fans along the way.

A high-end icon. @hamiltonwatch’s #Ventura, the world’s first electric watch, is back in a solid-gold limited edition. #hamiltonwatch

Founded in Lancaster, Pennsylvania, in 1892, Hamilton creates watches with a unique balance of authenticity and innovation. Its timepieces synchronized the first railroads and kept time for aviation pioneers and U.S. soldiers. A favorite of filmmakers for decades, Hamilton watches have appeared in more than 500 movies, with custom pieces playing a pivotal role in several Hollywood blockbusters. With a continued commitment to craftsmanship and accuracy, Hamilton launched the world’s first electric watch in 1957 and the first LED digital watch in 1970. A member of the Swatch Group, the global leader in watch manufacturing and distribution, Hamilton’s current collections combine its American spirit with true Swiss precision. 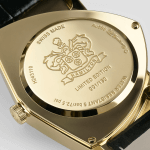