The ups and downs of the property market with Alex Newall

From South Africa, to Spain to London: the ups and downs of the property market with Alex Newall 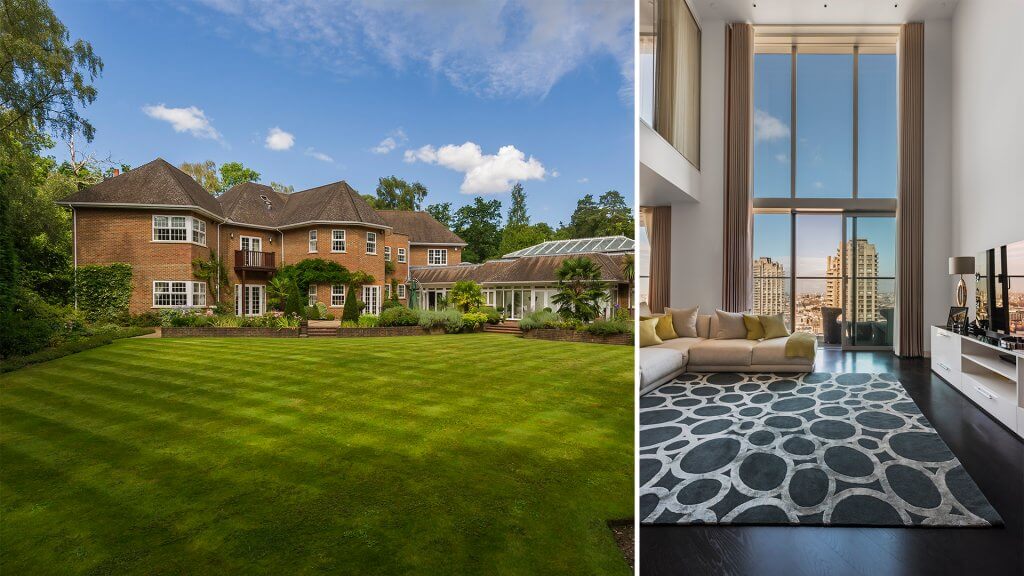 Alex Newall is Managing Director of BARNES Private Office one of the UK’s leading private offices. Alex is recognised as one of the top real estate advisors in London and has some of the world’s most affluent individuals as clients. He has transacted in excess of £1 billion worth of client assets and currently advises on a further £2 billion of real estate across Europe.

Susceptible to changes in the political, economic, environmental and social spheres the luxury property market is in a constant change of flux. Even with my years of experience in the property markets I still have to adapt and learn in response to the current climate, the most recent example of this being the well documented BREXIT vote. We also have to be reactive to new buyers from all over the globe purchasing properties both inside and outside the UK, and UK buyers purchasing abroad. Currently we are working with a growing number of investors from Hong Kong, who are primarily looking to purchase property in Central London. Conversely, we are expanding our work and partnerships in South Africa as the property market remains popular there with British investors.

With the arrival of this new business it is important the team and I remain up to date and well acquainted with the rules and regulations of international markets, ensure we comply with the legal transfer of funds, taxes and residency permits for both the UK and abroad. Our work internationally is now rising thanks to Europe experiencing a series of political shake ups that have affected the luxury property market, including: the election of French President Emmanuel Macron, increased sanctions on Russia and most recently the non-renewal of certain Russian visa and the Catalonian Independence Vote.

Since the 2008-2009 financial crash the luxury and property market as a whole has stabilised and we have seen steady growth of the market in the last ten years. A substantial part of this growth is a direct result in the increase in total number of Ultra High Net Worth Individuals (UHNWI’s), according to our BARNES Global Property Report the total number of UHNWI’s was 226,450 in 2017; this number is estimated to rise to a total of 299,000 globally in 2021.

Whilst Prime Central London (PCL) was previously the top city for UHNWI’s to buy property we have noticing a significant change in the countries the elite look to purchase primary or secondary homes. It should be noted, however, that London remains a popular city for UHNWI’s due to its relative physical and financial security, thus it remains appealing to a Middle Eastern and Asian clientele and noticeably we are working with a growing number of Hong Kong investors who are looking to purchase property across PCL.

The number of transactions in countries such as Portugal, Monaco and Switzerland are all increasing, with a large percentage of these transactions being carried out by Russian clients.  Whilst London has remained a popular destination for Russians the initial reduction in PCL sales was triggered by the announcement of BREXIT, implementation of adverse taxation changes for non-domiciled individuals, remittance taxes, and higher stamp duty land tax. The second and perhaps most damaging event has been the worsening relations between the UK and Russia. When the market was at its peak in 2007 buyers from Russia and former Soviet Union countries such as Ukraine bought 40% of residential properties over £10m in London and the surrounding home counties. At this time we were seeing around 140 PCL properties selling each year, now by comparison in 2017 we saw only 40 PCL transactions completed; with a dramatically less 18% of those sales were carried out by Russian buyers.

Although London remains one of the world’s most attractive cities as Russians are denied visas, on the receiving end of increasing security checks and being told by their government to return home we receive more and more requests to purchase land or family homes in France and Switzerland. With the election of Macron France is now welcomes foreign investment, with President Macron praised for his liberal economic policies. Already we are seeing the number of transactions grow by more than 25% in 2017 compared with 2016, which is one of the reasons BARNES International ranked Paris as the top city for UHNWI’s in the second annual BARNES Global Property Handbook. Paris is home to a plethora of luxury houses and apartments, all surrounded by some of the world’s leading cultural institutions, high ranking schools and streets of couture designers and fashion houses; all leaving Paris high desirable.

Switzerland remains very popular thanks to the favourable tax laws and sophisticated banking systems in place that cater very well to UHNWI’s and their capital. Investors are also guaranteed a high standard of living in Switzerland, including for their families with the region offering some the best skiing locations in the world and in the summer access to scenic walks and lakes. Transport links by car, train and plane also remain exceptional across the nation. Equally a large percentage of multinational institutions have offices or HQ’s in Switzerland.

Further afield the number of millionaires in the US is rising year on year, more precisely by 8% in the years 2015 to 2016. We have seen a considerable interests and growth in property markets in cities such as Los Angeles, the Hamptons, Aspen and New York. In this year’s Barnes Global Property Handbook, we ranked New York as the number one city for UHNWI’s; the first time in ten years that London has not occupied this top spot. One reason for New York’s popularity is its expanding cultural offerings and access to world class hotels, restaurants and shopping. As the number of millennials with high disposable income grows the factors considered when purchasing a home change. We are seeing millennials to be emotional buyers, spending money on experiences, culture, art and food; investing comparatively very differently to their parents. These usually first-time buyers are also unrestrained when it comes to settling in a location for work. With nearly all business providing employees with laptops and work phones, all individuals need is a WIFI connection to be able to work. With this is mind millennials are choosing to live away from the office, speaking to colleagues, bosses and clients online.

On the other side of the country on the Western seaboard Los Angeles remains the second largest city in the US with the highest number of museums and cultural institutions in the country. It is also experiencing a phenomenal growth of the property market, which has been so large LA’s property market surpassed the US property market. LA’s most sought-after properties remain in the renowned neighbourhoods of Beverly Hills and Bel Air, home to entertainments most elite and well know. LA remains a cultural hotspot, the city is still one of the four primary markets for foreign buyers, appealing to a global audience. Interestingly what we have noted is a surge in the number of cash purchased properties by wealthy Texans looking for second homes within the US.

We continue to closely watch the market growth occurring in Europe and the US, expanding our knowledge of the industry globally. Most recently we have expanded our operations in France, predominantly in ski resorts such as Verbier where British investors account for up to 50% of second homes. We have also started working in South Africa which is proving to be a hot spot for British investors.