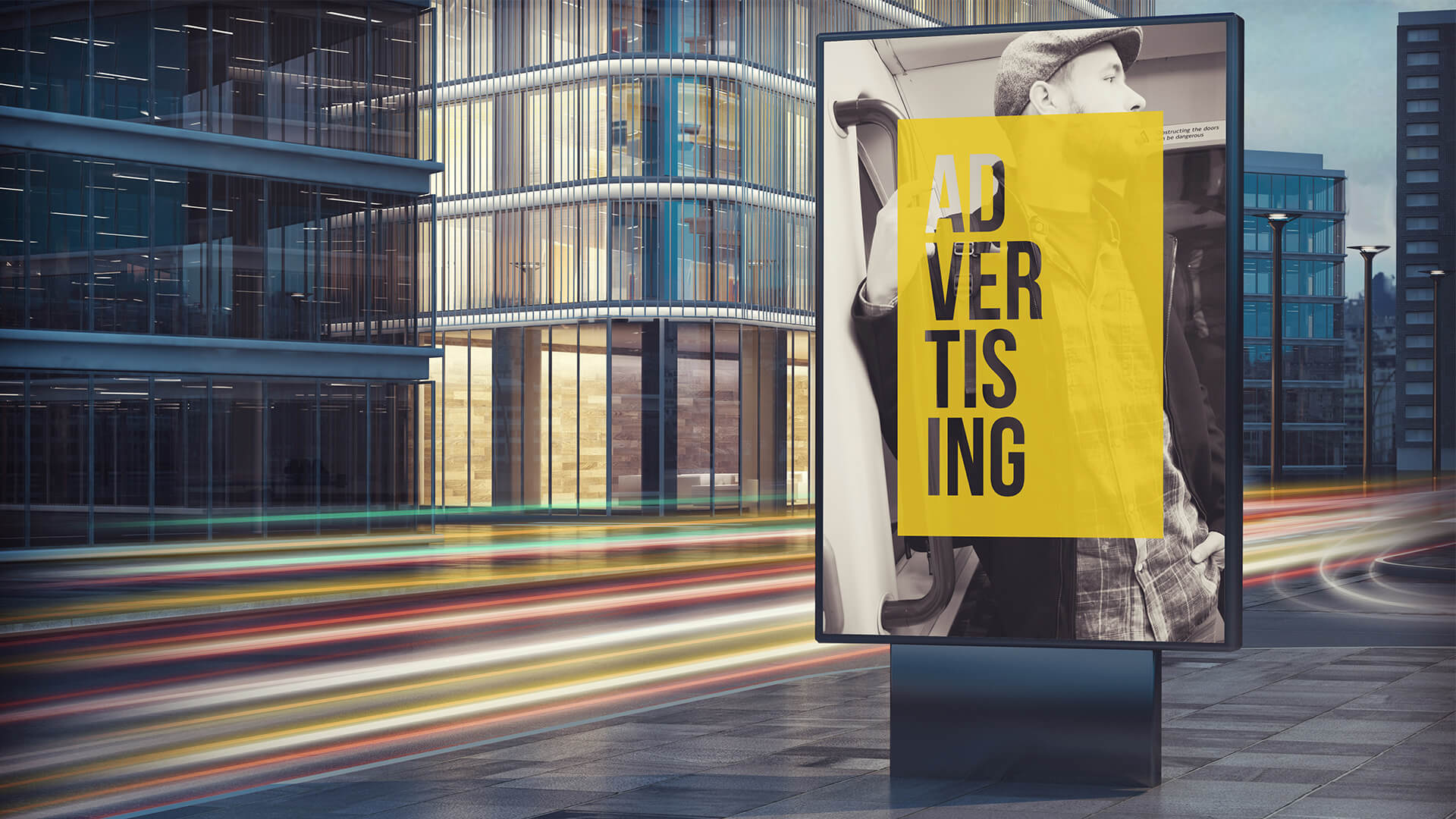 2022 has already graced us with some disruptive print ads that have made a serious impact in terms of creativity, messaging and delivery.  Here, print and design experts Solopress have investigated the five most innovative print ad campaigns of the year, so far.

Print-based advertising can communicate a brand’s identity and ethos in uniquely creative ways and is still hugely powerful in 2022. Interestingly, 82% of customers trust print ads the most when making a purchase decision. Equally, the effectiveness of marketing campaigns jumps to 400% when digital and print mediums are combined. Younger audiences are also in favour of print-based advertising, with a staggering 92% of young adults aged between 18 and 23 saying they prefer printed content over digital content due to them finding it easier to read.

Although digital mediums are undeniably powerful in terms of advertising, users are becoming increasingly frustrated by disruptive ads such as video ads causing delays. It’s clear that in some cases, for instance when digital marketing efforts prevent users from accomplishing their online goals, audiences can become vexed or even disregard the ad altogether. According to a HubSpot survey, 57% of participants disliked ads that played before a video and 43% didn’t even watch the ad at all.

Engagement levels for traditional advertising are also up, with over half of consumers often or always watching traditional television advertisements and reading print advertisements that they receive in the mail from companies they are satisfied with. Recent research indicates a strong need for marketers to cut through the noise and continue to incorporate print-based advertising into their marketing mix in 2022, but what makes an impactful print ad?

What Can We Learn from 2022’s Most Innovative Print Campaigns?

Dating app Bumble recently created a unique print ad that leveraged the dos and don’ts of dating, explained in “user DMs”. The messages tap into common dating tropes such as waiting three days to text back and arriving to dates 20 minutes late to not seem overly interested. Utilising the recognisable yellow and white branding, this witty print ad aimed to challenge the formalities of dating with the tagline “The rules of dating are so weird. Let’s break them”.

Copywriters Oli Beale and Alexandre Holder successfully expose the unfair expectations put on both parties during dating scenarios in a sharp, inventive way. The use of faux DMs gives the print ad a level of authenticity that viewers may find relatable and humorous, which follows nicely from the brand’s previous ad “The Romance Gap”, a 90-second YouTube film which launched earlier in March 2022 addressing discrepancies in behaviours expected from men/masculine-presenting people and women/feminine-presenting people when dating.

In the ad, one woman asks “Why do I feel feisty when I am honest, intense when I want commitment and slutty when I don’t?”. Concluding with “Let’s drop the script and just be one thing – ourselves. It’s about time, isn’t it?”, the ad, much like the recent #MakeRomanceEqual print ad, is a perfect example of brands becoming part of the conversation and tackling widespread issues relative to their offering, thus making the audience feel seen and heard. Since launching on 9th March 2022, the ad has received 1,832,093 views on YouTube so far, indicating that ads that tap into social issues can garner mass engagement and kickstart meaningful conversations.

In a creative attempt to promote their meatless offering, Burger King recently stumped meat-lovers with their recent Plant-Based Whopper optical illusion. Using a close-up image of what appears to be animal meat but is actually red pepper, beetroot and radicchio, the series of ads in the “Meat?” out-of-home campaign uses clever photography to showcase the visual commonalities between their vegan product and animal-based products.

“Meat?” demonstrates the brand’s propensity for fun, tongue-in-cheek humour and smart advertising, which gets them noticed. When it comes to print-based advertising sometimes it’s the photography that takes centre stage, and the simplest of concepts can help to drive sales. In fact, since the release of the ad in March 2022 up until June 2022, searches for ‘Burger King Vegan Options’ are up by 70% according to Google Trends.

3. McDonald’s, Take Away Your Takeaway

McDonald’s recently took ownership of the fact that their packaging accounts for a significant amount of littering in Norwegian cities with their “Take Away Your Takeaway” campaign. The campaign sought to encourage lovers of the fast-food chain to be accountable and reduce littering. Utilising photography of discarded Mcdonald’s packaging on the streets of Oslo and simple, to-the-point copy that reads “Unfortunately too much of our packaging ends up on the streets. Now we’re doing our biggest effort yet and will clean even more than we already do”.

Combining print, social media, out-of-home displays and Mcdonald’s trays, the creative campaign aimed to tackle the issue of littering and contribute to long-term change. Take Away Your Takeaway is a prime example of a brand speaking out on issues facing the community and environment and using their influence to spark real change. The striking yet unpolished photography exposes the reality of the issue and the sincere, concise messaging speaks to the authenticity of the message. The fact that Mcdonald’s uses print marketing to take responsibility for the issue also indicates strong brand values which in turn contributes to stronger relationships with their target audience.

Sexual wellbeing brand Love Honey refused to be held back by Google SafeSearch, urging adults to turn off the Google functionality in order to find their full range of products and content. After realising that changes to SafeSearch in 2021 meant that an estimated 700,000 customers were restricted from finding the brand over a two-month period alone, Love Honey decided to take matters into their own hands using the undisputed power of print advertising. Billboard campaign “Ogle” uses the unmistakable colours of Google’s branding to draw its audience to the copy reading “Turn off SafeSearch to lay eyes on our full range”.

By publicly addressing the barrier to their customers and providing their audience with clear instructions through the medium of advertising, Love Honey have placed themselves firmly on the map when it comes to print advertising. “Ogle” reveals how brands can use play on words and a humorous nod to other brands to get noticed whilst addressing key issues such as SEO barriers.

With their 2022 print campaign, luxury fashion brand Lacoste are demonstrating that fashion can be embraced by all generations. Agency BETC created a series of print ads and tv advertisements featuring individuals from different generations realizing they are wearing the same Lacoste clothing, for instance, an elderly lady and young male adult wearing the same pink polo and a young girl and teen skater wearing the same bucket hat. The ads mostly feature people who had not modelled previously, providing an air of authenticity and relatability. Through warm, vibrant photography, the series evokes a positive feel making it perfectly suited to a summer campaign. What the charming ads really communicate, however, is a sense of unity and connectivity between different generations and people from all walks of life. By including everyday people of different ages through street casting, the brand doesn’t just limit themselves to one target audience and instead emphasizes that all ages can feel confident in the Lacoste brand and make it their own.

From the innovative, fearless campaigns listed one thing is clear; strategic creative print ads can result in commercial success and heightened brand awareness. Key principles to remember are that compelling visuals, such as thought-provoking photography and short, snappy copy, are always best for print campaigns, helping to instantly captivate the audience and hold their attention. By taking a bolder approach and discussing topical social and environmental issues in print-based ads in unexpected ways, brands let readers know that they have strong core values which help to keep them in the forefront of their target audience’s minds. 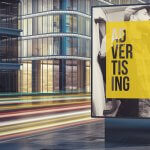