Businesses are under immense pressure to produce innovative new products to keep up with the competition.

The UK’s Patent Box tax incentive was developed as a spur to industry to develop and patent new products and encourage innovation. But now this generous tax regime, introduced in April 2013 has come under fire from other EU countries, notably Germany, who feel that it represents harmful competition in the race to attract foreign corporate investment.

Too much of a good thing?

The challenge to the Patent Box comes as part of a general clampdown on tax regimes that are perceived to facilitate profit shifting rather than genuine economic development. The EU’s Code of Conduct Group has fielded complaints from several member states (including Germany) that the Patent Box is too generous and represents harmful tax competition.

The EU’s Code of Conduct Group was not able to reach a majority decision about this and the matter was referred up to The Economic and Financial Affairs Council (ECOFIN). ECOFIN met in December but was unable to conclude whether the UK’s Patent Box regime is a ‘harmful’ tax incentive. It recommended a review of existing preferential intellectual property regimes by the European Commission, which is expected to be concluded by mid-2014.

The review will look at economic substance and compliance with OECD principles of each regime. It is likely to differentiate between measures that encourage genuine economic activity and those that merely facilitate profit shifting. The review is expected to take place under the Greek presidency of the EU and be concluded by mid-2014.

The review of the Patent Box will concentrate on whether the ‘active management’ test, which does not require research and development (R&D) to be performed in the UK, is ‘harmful’ tax competition.

‘Broadly ‘active management’ means input into the decision-making processes relating to the development and exploitation of intellectual property rights.

This would include activities such as deciding on whether to maintain protection in particular jurisdictions; granting licences; researching alternative applications for the innovation or licensing others to do so.

Where the rights are being exploited by incorporating the item into products, activities such as deciding on which products go to market, what features these products will have and how and where they will be sold would also count as ‘active management’.

The UK Government robustly defends its view that in today’s global business environment it is not realistic to demand that R&D has to be performed in the UK and if there was a requirement to carry out the R&D in the UK, this would be in breach of European Union law.

The European Commission’s concerns about the ‘active management’ test are ill founded.

The UK tax legislation has been carefully drafted so that passive owners of qualifying patents cannot benefit from the reduced rate of corporation tax. Groups that carry out research and development outside of the UK not only have to adhere to the ‘active management’ conditions but also to strict ‘development’ conditions before Patent Box benefits can apply. The furore caused by the Patent Box in Europe highlights the issues facing multinational businesses operating in different, often competing tax regimes, where one country’s ‘generous tax incentive’ is seen by another as ‘unfair competition.’

In any event, the EU Code of Conduct is not legally binding, so the UK Government potentially resist any adverse findings that come out of the review, which could be a gift in the current political environment.

So for now, it is business as usual, with the expectation that the Patent Box incentives will continue to be available in its current form.

Companies should be looking to make the most of a tax regime that other EU members think too generous. 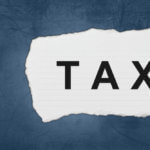