According to the Treasury the UK’s higher allowance, coupled with restrictions in place in other countries, means that the amount of tax paid is not proportionate to their earnings in the country.

Presently the UK Personal Allowance is £10,000 and is planned to increase in April 2015. That will mean an allowance, the level of earnings before tax is deducted, of £10,500.

It means that the Treasury is ultimately missing out on an extra £400m each tax year.

The proposals outline how the majority of the EU member countries restrict access to such allowances. The same is true in the US, Canada and Australia.

The proposal document goes on to say that few countries have an allowance as generous as the one in the UK.

“the current UK rules on the Personal Allowance can, in certain cases, mean that there is little correlation between economic activity in the UK and a tax liability in the UK.”

Proposing that changes are introduced to create a more balanced link between the UK’s economic progress and future tax liabilities, the papers continue:

“the division of taxation between countries will often not reflect the way that the income actually arises in those different countries.”

If introduced, it is thought that around 175,000 non-resident landlords here in the UK could be affected, as well as about 250,000 seasonal workers.

However, the Treasury says that the income generated here could still attract tax relief in the individual’s home country to help offset any losses. 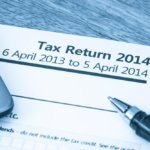