The Chartered Institute of Taxation (CIOT) has voiced concern over the proposed withdrawal of the principal residence election for all taxpayers. The Institute believes that HM Revenue & Customs’ (HMRC’s) plans to extend capital gains tax (CGT) to non-residents in certain circumstances may have a significant impact on UK residents with more than one property.

The proposed changes were originally mooted in the Chancellor’s Autumn Statement last year as a way to improve fairness in the UK tax system. The Government plans to extend CGT to non-residents when they sell their UK residential property. Non-residents will be able to claim principal private residence (PPR) relief but to ensure that this relief does not undermine the proposals the Government intends to withdraw the ability of any one with more than one residential property, including UK residents, to choose his or her main residence by election, leaving it to HMRC to determine, based upon “demonstrable” evidence, which of the owner’s properties is his or her main residence.

Stephen Coleclough, CIOT President, said: “The withdrawal of the principal private residence election is a much wider issue, affecting many UK residents with two homes, not just non-UK residents with residential property here. This is for a good reason – many people live in one place for work during the week and another during the weekends and holidays, often meaning the lines are blurred as to which is the person’s or their family’s primary residence. If the plans were to go ahead, then UK residents could be faced with CGT charges on their first or second properties, with no certainty as to which is which.

“Changes to how primary residency is decided should not be hidden behind an obscure consultation, aimed at bringing a narrow group of non-residents in to the charge. These points should be considered in an open and grown up manner, and we urge the Government to think again on this issue.” 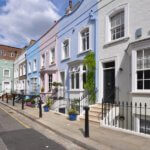