By the end of the game, the Mercedes-Benz AMG GT had the biggest cumulative spike in traffic, with a 2189% jump over previous Sunday averages on Edmunds.com. The BMW i3 captured the second most buzz on Edmunds.com; its cumulative traffic climbed 583%.

“Even though these two advertised vehicles are likely to be sold in small volume to niche audiences, the BMW and Mercedes brands will enjoy the overall buzz they have generated, especially as both continue their efforts to grow their overall reach into new car shopper segments,” said Edmunds.com Sr. Analyst Jessica Caldwell. “Both brands will be quite happy that the millions of dollars they invested had the desired effect.”

Edmunds.com also tracked the immediate traffic lifts enjoyed by Super Bowl advertisers as and after their commercials ran:

-Chevrolet sponsored the pre-game show and showed four Colorado ads; site traffic to Colorado pages increased 25% during the pregame and 1104% during the first quarter of the game

-During the third quarter of the game, Dodge Challenger ads lifted its traffic on Edmunds 232%
Fiat 500x increased 3981% in the moments following its second quarter ads; interest remained high in the third quarter, delivering a 986% lift for the vehicle

-Jeep Renegade was advertised in the third quarter of the game and traffic to its pages immediately increased 1031%; during fourth quarter the increase was 5720%

-Lexus NX’s second quarter ad generated an increase of 341%. The brand did even better immediately after its RC 350 ad ran in the third quarter, increasing vehicle’s page traffic on Edmunds 5702%. The RC continued to enjoy success in the fourth quarter with a 690% lift in traffic to its pages on Edmunds.com

-MINI sponsored an early part of the pre-game show and showed five ads; site traffic to MINI Cooper increased 48% during that period

“All the automakers who advertised during the Super Bowl succeeded in getting the attention of car shoppers during this big game, and that’s something to celebrate,” added Caldwell. “But it’s a lot easier to create a big bang than it is to sustain the momentum, and that will be the big challenge for all Super Bowl advertisers moving forward.” 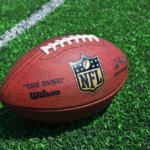