Sturgeon – Tax Powers must be Used for a Purpose

The First Minister outlined how the Scottish Government has used existing tax powers to good effect. The Small Business Bonus Scheme has helped support small businesses in tough financial times; Land and Building Transactions Tax has made the property market more progressive, and Landfill Tax is being increased to encourage recycling.

Ms Sturgeon also discussed how the proposed new tax powers can be used to complement the existing powers.

Praising the collaborative approach of the Commission on Local Tax Reform, she confirmed that the Scottish Government will announce detailed plans on local taxation next week – which will propose incentives for councils to boost economic growth by assigning them a share of income tax revenues.

“Our approach to taxation recognises the interdependence of greater equality and higher growth; of encouraging enterprise and promoting fairness.

“David Hume’s great friend, Adam Smith, argued that taxes should be certain, convenient, administratively efficient and proportionate to the ability to pay. Those principles underpin the Scottish Government’s approach.

“The changes to council tax that we will propose are part of a longer-term plan. In particular, we will discuss with local authorities how we can assign a share of income tax revenue to their funding.

“That means that if councils succeed in boosting economic growth, and consequently income tax receipts, they will share in some of the benefit. And it also means that local government funding will be more broadly based. Income tax, and a more progressive council tax, will both play an important part.

“It’s an approach which goes a long way towards meeting an important concern of the Commission on Local Tax Reform – that income and property-based taxes together would be a better source of revenue than council tax alone.

“It’s a further example of how considering expert evidence can help us to propose a better tax system.” 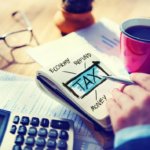