American workers say the biggest risk to their retirement security is failing to save enough money. Yet 60% set aside less than 7.5% of their income for retirement and nearly four in 10 have tapped into their retirement accounts, largely to meet other financial goals, according to a survey released today by Natixis Global Asset Management.

“We’re seeing a conflict between investors’ long-term goals and the pressure they feel to address their immediate financial needs,” said John Hailer, CEO of Natixis Global Asset Management in the Americas and Asia. “For many, the short-term pressure wins out and they make minimal contributions, or opt out of their retirement plan altogether. And many borrow against their accounts, eroding the assets they’ve worked hard to accumulate.”
The Natixis 2015 Retirement Plan Participant Study surveyed 1,000 employees with access to a workplace defined contribution plan, such as a 401(k), 403(b), SIMPLE or SEP IRA. It found that 60% of employees contribute less than 7.5% of their annual income to their retirement accounts, and 40 percent contribute less than 5 percent. The estimated average annual income of survey respondents is $100,118.

Since retirement plans are often the biggest pool of liquid assets workers own, many turn to their long-term savings account for cash flow to cover immediate expenses or reach financial goals that are a higher priority now. The survey found:
37% have borrowed from their retirement accounts, including 38% who needed emergency funds for a financial hardship and 19% who used the funds to buy a home.
Of those who have changed jobs, 43% have taken a lump-sum distribution rather than keeping assets in the company plan or rolling them into another qualified plan.
One in three (30%) have taken an early withdrawal from their retirement plan.

On average, survey respondents say they will need $805,000 to fund their retirement and expect to live on that for another 23 years after they stop working. To date, they have accumulated $83,000 in their workplace savings plan and $95,000 overall, including all sources of retirement savings – or 11% of their stated goal.

Baby Boomers (age 51 to 69) have put away only 20 percent of the $946,000 they estimate is needed to fund retirement. Workers in Generation X (age 35 to 50) may be the most financially pressured group. They’ve saved only 10 percent of the $741,000 they estimate they’ll need, and are more likely than any other group to have opted out of their workplace savings plan because of debt.

Younger workers (younger than age 34) may be a bright spot among plan participants. While having only saved about 3 percent of the $769,295 they estimate is needed to retire, Gen Y, or Millennials, began contributing to a workplace savings plan at a younger age (23 years old, on average) than other generations, giving them a head start in accumulating assets. Members of Generation X began saving at age 30 and Baby Boomers began at age 33.

“It’s a positive sign to see Millennials are saving and thinking about retirement as early as right out of college,” said Edward Farrington, Executive Vice President, Business Development and Retirement at Natixis Global Asset Management.

Some 250 of those surveyed have access to a company-sponsored defined contribution plan but choose not to participate. Those who opt out are clear in the factors that keep them from participating:

51% agree with the statement “I need my money today.”
50% say their employer does not provide a match for workers’ contributions, or the company match is too small.
34% overall, and 40% of Generation X non-participants, say they have too much personal debt to be able to save for retirement.
23% say they need to pay off student loans.

Participants motivated by dreams and fears

When active plan participants were asked why they contribute to their retirement account, 68% said they are motivated to achieve financial security, 52% said they didn’t want to work for the rest of their lives and 50% want to be able to provide for themselves.

In addition, 44% said they don’t want to end up being old and poor and 38% want to avoid being a burden to their family.

Robust social services and dependable pension plans are common in countries that consistently rank higher than the U.S. on retiree financial preparedness, according to the annual Natixis Global Retirement Index1, an in-depth analysis of retirement security in 150 nations. This might suggest that achieving widespread retirement security in the United States will rely on the combined initiative of individuals, plan sponsors and the government. 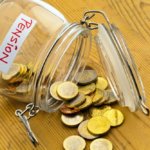