A dedicated direct mail campaign, devised by Publicis Chemistry, has been created to promote the findings of the study looking at how people interact with mail, called Mail in the Heart. The campaign targets over 9,000 marketers and agencies.

55 per cent of those in the study said that mail gives them a better impression of the company compared to 25 per cent for email. In addition, 57 per cent of respondents said that receiving mail makes them feel more valued while only 17 per cent said the same for email.

Findings from the research also showed that people believe mail makes messages feel more important, with 63 per cent of people saying they take mail more seriously compared to email (18 per cent). Meanwhile, 71 per cent of people said that they opened a letter or brochure from a company they have ordered from before that had arrived in that day’s mail.

The findings are part of Royal Mail MarketReach’s 18-month research programme, The Private Life of Mail, which brings together unprecedented insight into the role of mail in people’s homes, hearts and heads, plus the impact this has on advertisers’ ROI. The full research report can be downloaded from www.mailmen.co.uk.

Marketing industry leaders recently joined forces with Royal Mail MarketReach for the ‘MAILMEN’ campaign to promote The Private Life of Mail and demonstrate that mail has a vital role to play in the today’s digital world and continues to be a powerful weapon in the marketer’s armoury. The campaign contains an advert featuring Nik Roope founder of Poke with the following line: “On your 100th birthday, you’d be disappointed if the Queen only sent you an email.”

Jonathan Harman, Managing Director of Royal Mail MarketReach said: “Studying the rates at which people open and interact with mail, we can see that it is much more effective than consumers’ stated attitudes would suggest. It creates an instinctive sense of value being exchanged between the sender and recipient, which the latter may not be aware of.” 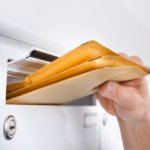