“Life sciences and biotechnology investments are off to the strongest start of the year since the recession,” said Greg Vlahos, Life Sciences Partner at PwC. “A strong IPO market has contributed to increased venture capital investments. We’re continuing to see interest in these businesses, especially in the early stages of their development. Venture capitals ability to monetize their earlier investments and source early-stage investments is a positive sign for ongoing investments in life sciences.”

“There is a lot of competition for capital and venture funds are being selective in their investments, which explains why life sciences underperformed total venture capital investments,” Vlahos said. “There is still a lot of interest in the space but investors recognize that these deals have longer durations and higher capital requirements. The increase in average deal value and early stage investments tells us that investors have a growing appetite for risk and are placing bigger bets on a smaller number of life sciences companies in hopes of generating outsized returns.” 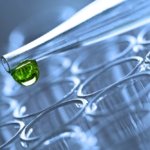