State-registered banks are the fastest growing bank wealth management segment in the U.S., according to new research from global analytics firm Cerulli Associates.

“Despite the post-crisis damage to the reputations of many major investment banks, investors continue to turn to bank trusts for long-term multigenerational wealth strategies,” said Donnie Ethier, associate director at Cerulli.

“While bank trust assets have consistently increased since 2008, state-chartered bank trusts have been buoying the overall growth,” said Ethier. “This is due to both new trust companies electing state charters, as well as many smaller, regional banks electing to sidestep federal regulation.”

“The bank trust channel is in the midst of a transition to open architecture, which potentially has huge implications for asset managers,” Ethier said. “Since bank trusts are becoming more receptive to third-party managers and products, asset managers have more latitude to target their services toward a larger asset base.”

Cerulli is now able to break out trust assets by national- and state-registered banks. This has become increasingly important to asset managers because in recent years numerous state-registered trust companies have formed due to states liberalizing their trust laws.

“By recognizing the subtleties of each segment, asset managers can better determine the true opportunity and position their wealth-preservation-oriented products,” said Bing Waldert, director at Cerulli. 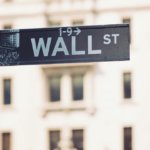