The inflows into Torrenova confirms March Gestión’s position as Spain’s most successful home grown asset management business with assets trebling over the past five years in a local market which has
largely stagnated.

With an aggressively customer focused mind-set, simple, transparent products based on its global equity skill-set and backed by Europe’s best capitalised bank, Banca March, the asset manager has UK and European expansion firmly in mind.

Using Torrenova to enhance and protect Spanish investor’s assets over the past 25 years (including those of the March family whose policy is to co-invest in March Gestión funds)* March Gestión now has its eyes firmly fixed on those UK investors who seek long term growth with lower average volatility in a highly transparent investment vehicle.

March Gestión CEO José Luis Jimenez said today that by targeting European CPI plus 2% Torrenova’s simple transparent bond/equity mix had shown all the hallmarks of a total return fund – one which had seen consistent growth while demonstrating defensive qualities. During the last 10 years average return has been 4.7% while volatility has been reduced to 2.56%. In 2013 the fund returned 6.2%,.

José Luis said, “For those who seek greater certainty in a simply uncomplicated fund Torrenova is a straight forward, transparent global equities plus bond fund whose success has been driven by the stock picking and asset allocation skills of Juan Berberana – a manager with over 20 years’ experience – and the rest of the team at March Gestión.

The fund also avoids the lack of clarity surrounding some well-known total return funds by avoiding complex financial instruments to manage returns and that, we believe, is valued by many investors.

“With a proven track record over 25 and more years the fund has been the investment of choice for many investors who are keen to protect and supplement their wealth without taking the sort of significant risks which severely impact their investments.

Even during the financial crisis of 2009 when markets plummeted, Torrenova proved itself with a modest fall of just -5.4% compared with far more significant equity market falls (see illustrative chart in notes to editors). Now, within a UCITS structure, it has become available in the UK market to those wealth managers who seek this style of investment for their customers,” said Jimenez. 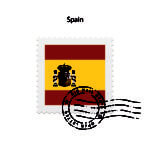