Signature Bank is one of only three banks in the nation to rank in the top 10 in each of the past six years. The annual ranking of Forbes’ America’s Best and Worst Banks 2016 were released on January 7, 2016 on www.forbes.com.
Joseph J. DePaolo, President and Chief Executive Officer at Signature Bank said:

“The changing face of America’s banking and financial landscape prompted Forbes to adjust the metrics they routinely used over the past several years when evaluating America’s best and worst banks this year. Based on the overall statistics, Forbes noted that while credit quality seemed to improve on the whole, growth and profitability exhibited mixed results. However, Signature Bank’s growth and profitability has continued to set records since our founding in 2001, and we maintain strong credit quality. The Bank’s inclusion in the Forbes list yet again is evidence of the broader acceptance of our relationship-based, depositor-focused model.”

“All our colleagues continue to put forth efforts that consistently contribute to the accolades we earned through this Forbes ranking, and we appreciate their dedication along with the unwavering loyalty demonstrated by our clients. This third-party recognition by Forbes is demonstrative of the strength and success of our proven client-centric model coupled with the single-point-of-contact founding philosophy upon which Signature Bank was built,” DePaolo added.

The data used by Forbes to create the list was supplied by Charlottesville, Va.-based SNL Financial while the rankings were compiled by Forbes. Ten metrics were evaluated this year including, among others, asset quality, capital adequacy, growth and profitability. A new methodology was applied to this year’s listing to better reflect the current state of America’s banking environment. Three new metrics were added, including return on average tangible common equity; net charge-offs as a percent of total loans and efficiency ratio.

Other metrics were removed from this year’s formula, such as return on average equity and nonperforming loans (NPLs) as a percentage of loans. Other metrics used include net interest margin; nonperforming assets as a percent of assets; reserves as a percent of NPLs, two capital ratios (Tier 1 and risk-based); and, revenue growth over the past 12 months. All data was based on regulatory filings for the period ending September 30, 2015. Each of the 10 metrics used were weighted equally in Forbes’ final rankings. 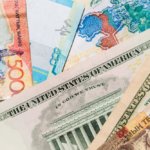